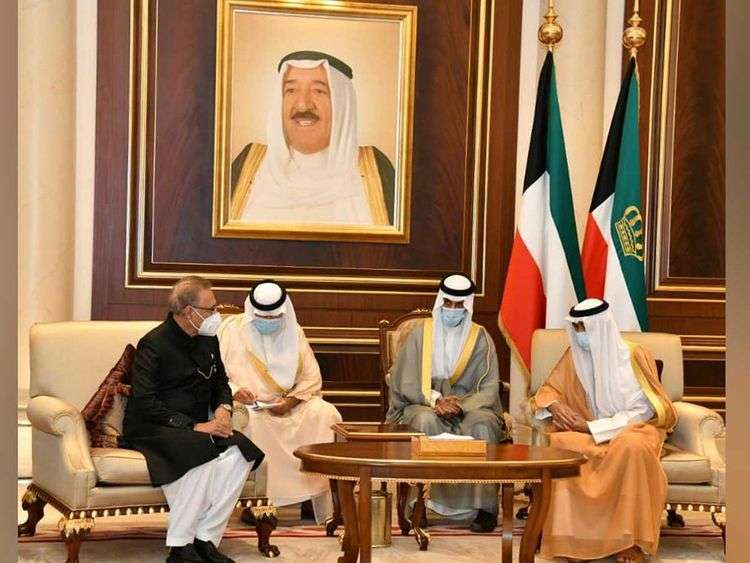 Alvi expressed profound sympathies with the Kuwaiti leadership and nation on behalf of the government and people of Pakistan over the loss of the late leader in a meeting with the new Emir of Kuwait Sheikh Nawaf Al Ahmad Al Jaber Al Sabah in Kuwait on Monday.

“Late Emir was a sincere and trusted friend of Pakistan”

“Pakistan and Kuwait are bound by a close fraternal relationship,” said a statement released by the President’s office. President Alvi termed Sheikh Sabah Al Ahmed Al Jaber Al Sabah “a sincere and trusted friend of Pakistan”, who made an invaluable contribution to bring the two countries and peoples closer. “Under the leadership of the late Emir, [Pakistan and Kuwait] bilateral cooperation acquired a new level” the official statement said, adding that “his efforts in the bilateral context and for regional peace and stability will be long remembered.”

Prime Minister Imran Khan earlier said that he was “deeply grieved” over the death of Kuwait’s ruler and extended heartfelt condolences to crown prince, Al Sabah family and to the Kuwaiti people. “Emir’s contributions to Pak-Kuwait relations will always be remembered” he said on Twitter.

Pakistani leaders, parliamentarians, religious scholars and other officials also extended their condolences to the royal family, Kuwaiti government and people, declaring that “Pakistan stands with Kuwait during this difficult time”.

In his visit to the Kuwait embassy in Islamabad, Pakistan’s Foreign Minister Shah Mehmood Qureshi told KUNA that “Pakistan has exemplary, deep and brotherly relations with Kuwait and the late Emir has played a vital role in developing these relations”.