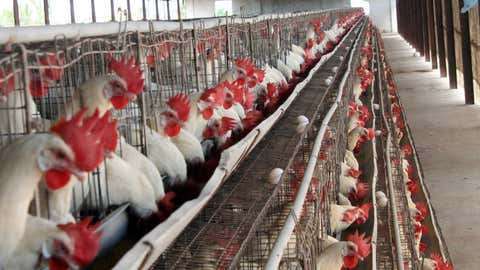 The Public Authority for Agriculture Affairs and Fish Resources has issued a decision banning the import of all types of live birds, hatching eggs and one-day-old chicks and broiler chickens from Poland, Hungary and Kazakhstan due to the outbreak of the highly pathogenic H5N1 avian influenza in those countries.

The authority’s spokesperson, Talal Al-Daihani, told KUNA today, Tuesday, that this decision was made based on the recommendations of the World Organization for Animal Health and follow-up on the latest developments in the health situation in these countries, for which the epidemic has been proven to spread, as well as the authority’s keenness to take precautionary measures and adhere to the utmost degrees of safety and security for birds imported from abroad.

The Al-Qabas daily quoting Al-Daihani added that the decision stressed the necessity that all consignments, according to their type, be subject to the conditions and controls issued by the animal health department in the authority in accordance with the procedures of the World Organization for Animal Health and the procedures stipulated by the veterinary quarantine regulation in Kuwait and the Gulf Cooperation Council countries.

He stressed that consignments infected with any of the epidemic and contagious diseases will be rejected after examining the samples in the authority’s laboratory, and the importer will be instructed to return the infected birds and animals to the destination from which they arrived at his own expense without the authority bearing any responsibility.