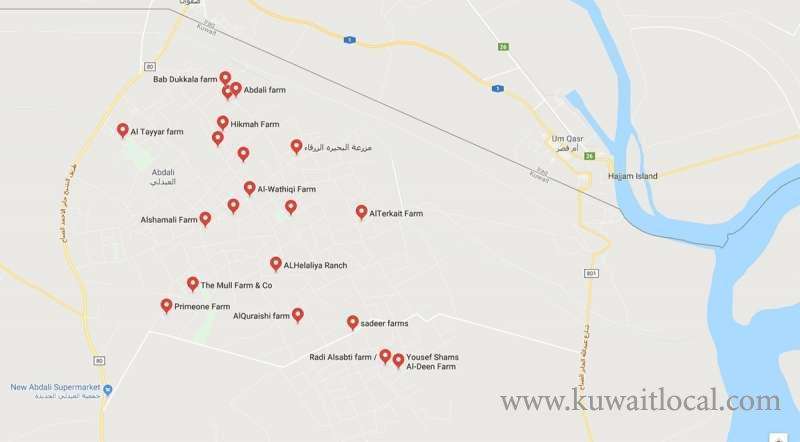 The more than 20,000 migrant workers who live on the Abdali farms and use the area as recreation places some of which have been turned into parks and housing units and rented to the public, has led to a major imbalance in the population structure in the areas, reports Al-Rai daily quoting Fahd Al-Qarifa, director of the cleaning and road works department of the Jahra branch of Kuwait Municipality.

Al-Qarifa told the daily the Municipality is not involved in this matter, but the volume of garbage has increased signifi- cantly compared to the previous period due to the landfill and construction operations in these farms. He pointed out the administration had earlier dealt with hundreds of farms, because of the redistribution to new areas.

He added, according to the senior management at the Municipality most major problems and constraints and reasons have led to the imbalance that exists, considering that the current contracts have been configured to deal with hundreds of farms and not thousands.

Al-Qarifa added, “The Director-General of the Municipality, Eng. Ahmed Al-Manfouhi, is following up the efforts of the administration in cleaning up these sites and is keen to raise the level of cleanliness.” He appalled the Minister of Municipality Fahd Al-Shoula because of his positive role and experience in municipal work over the years.