<![endif]-->
Advanced Search
Our Misdeed, We Thank Netanyahu For His Misbehavior
Category: Article 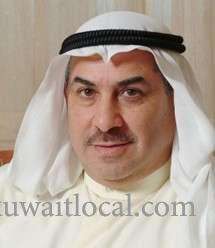 THE leaked pictures of Israeli Prime Minister Benjamin Netanyahu at the recently concluded meeting in Warsaw stirred lamentations and concerns of several thousands of Arabs.

In these leaked pictures, whose source has been traced to Netanyahu himself, he appeared at the meeting table sitting beside Yemeni prime minister (in exile) who is seen handing his microphone to Netanyahu. In another picture, he is with a minister from a Gulf country. The pictures also show Arab foreign affairs ministers and our Foreign Affairs Ministry undersecretary in the meeting.

Netanyahu is shunned, especially by the Arabs because nothing good is expected from him, contrary to what some believe.

His hands are sodden with the blood of our Palestinian brothers. He denies the right of Palestinians to have an independent State. He announced that Jerusalem, the capital of all religions, is the permanent capital of Israel. This is in addition to the crimes he committed against Palestinians, Syrians (by occupying Golan Heights) and Lebanese through daily threat of waging war against them.

Besides his wicked and terrorist practices against Arabs, he is suffering from internal problems. Four corruption cases continue to haunt him in the Israeli judiciary bodies, as well as the upcoming election which makes it necessary for him to shine before his voters. For that to happen, the Warsaw meeting was held and those who are in good terms with US President Donald Trump were invited.

One of the objectives of this meeting was to campaign for Netanyahu’s reelection, while the other objectives include bristling up Iran and the situation in Syria.

The Palestinian case – the top case for Arabs, and the suffering of Palestinians were not part of the agenda of the infamous meeting.

As usual, Netanyahu misbehaved at the end of the meeting; instigating several diplomatic crises with the host nation, Poland’s government and some of the participants in the meeting.

As mentioned earlier, Netanyahu leaked pictures of the closed door sessions and then he went on to launch a sensitive statement suggesting that “the Poles cooperated with the Nazis” in killing Jews when Germany occupied Poland during World War II.

He went on to brag: “Here I am saying it without fear of being prosecuted for my statement.”

Several countries, which participated in the meeting, expressed dismay over Netanyahu’s behavior. Some considered such behavior “childish” and “provocative,” while the Poles flamed with rage over his statement about them.

In response to his statement against the Poles, which the Polish government declared as “unacceptable” and “racist,” the Visegrad Group of four Central European countries – Czech Republic, Hungary, Poland and Slovakia – cancelled their meeting in Israel.

This meeting was supposed to take place on Feb 18 and it was cancelled amid Poland’s protest against the Israeli comments on the alleged Polish-Nazi collaboration during the Holocaust.

The cancellation of the Visegrad Summit came a day after Polish Prime Minister Mateusz Morawiecki said he would not attend the meeting, followed by the Polish government summoning the Israeli ambassador to Poland to a censuring session at the Polish Foreign Affairs Ministry.

Netanyahu’s misbehavior exceeded those incidents. He came about an hour late to the meeting which he requested from the Polish President last Friday and this also outraged the Poles.

Nonetheless, Netanyahu proves that the Arabs whom he oppressed and suppressed have a “misdeed.” All this is attributed to his misbehavior or lack of manners … it makes no difference at all!