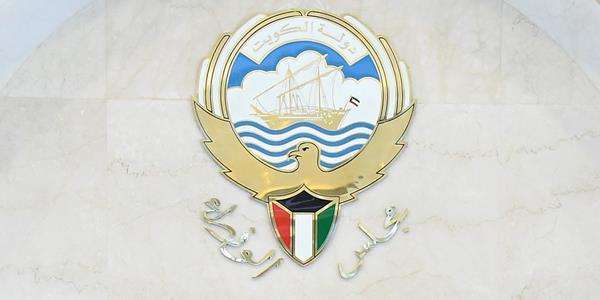 The Cabinet held its weekly session at Seif Palace on Monday under chairmanship of His Highness the Prime Minister Sheikh Sabah Khaled Al-Hamad Al-Sabah.

Top highlight of the session was endorsing State departments’ budgets. Moreover, the ministers have taken note that the novel coronavirus (COVID-19) has been mushrooming rapidly across the world, have decided to keep status at the airport unchanged, have strongly condemned Houthi attacks on Saudi Arabia and have congratulated the new US president. Following the session, Deputy Prime Minister and Minister of State for Cabinet Affairs Anas Al-Saleh stated that His Highness the Prime Minister, at start of the session, expressed deep gratitude to His Highness the Amir for appointing him as prime minister and tasking him with forming a new government, pledging to continue shouldering the responsibility for service of the homeland.

His Highness the prime minister pledged to do his utmost to boost the constructive cooperation with the National Assembly “to unify the forces in this critical phase of time for sake of attaining the aspired reforms and tackling prior issues.” He expressed deep gratitude to Abdulatif Al-Roudhan, the Cabinet Secretary General, who had tendered his resignation earlier. Turning to the tasks on the table, the ministers discussed some recommendations, partly concerning approval of independent institutions’ budgets for the fiscal year 2021- 2020, bills for endorsing budgets of ministries and government departments for the fiscal year 2021-2022. The ministers were briefed by Finance Ministry officials that presented estimation of budgets, with projected expenditure amounting to KD 23.048 billion and projected income at KD 10.929 billion. The executives approved the bills and referred them to His Highness the Amir, pending submission to the National Assembly.

Then, the ministers were briefed by the Minister of Health Sheikh Dr. Bassel Al-Humoud Al-Sabah about latest developments concerning the novel coronavirus that has been spreading rapidly at the global level, where number of the infected neared 100 million, with fatalities exceeding two million. The minister addressed his fellow executives about the local health status, namely counts of the casualties and the ministry measures intended to contain the pandemic, as well as vaccination of the citizens with Pfizer-BioNTech as planned.

The government called anew on the citizens and residents of the country to remain acting seriously, taking all necessary precautions against the virus. Also in this vein, the Cabinet decided to delay shifting to the “second phase” regarding the reoperation of commercial flights to Kuwait International Airport until further notice and assigned the civil aviation authority to lower number of commercial flights via the airport indefinitely.

The Cabinet examined some external issues, strongly condemned the targeting of Riyadh by the Houthi militia, urged the international community to rapidly deter such attacks, re-affirming the State of Kuwait support for the Kingdom of Saudi Arabia regarding any measures it may take to safeguard its security. Moreover, the ministers congratulated the new American President Joe Biden on his coronation hoping that the close Kuwait-US relationship would be maintained in all realms.