<![endif]-->
Advanced Search
Only One Person Must Accompany Traveler – Some Exemptions During Curfew
Category: Lockdown 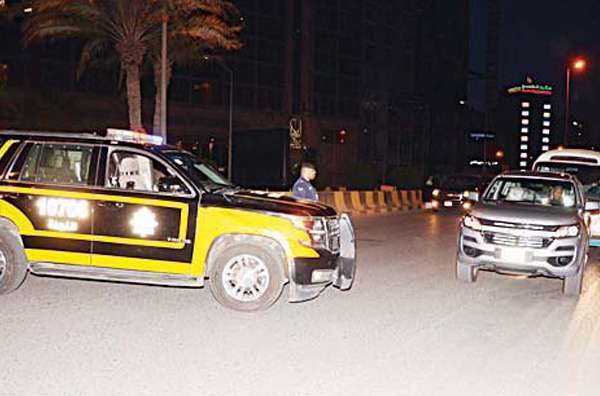 The General Department of Public Relations and Security Media at the Ministry of Interior announced a list of the parties EXEMPTED from the partial curfew decision in the country.

Engineers of the Ministry of Public Works and the Public Authority for Roads and Transportation.

Employees working in the Ministry of Electricity and Water on operational contracts (contractors) .

People who suffer from chronic diseases, health emergencies. All employees in private hospitals and medical laboratories .

Passengers (departing / arriving) are allowed only one person to accompany the passenger to and from the airport.

Imams and muezzins (as per Civil ID).

Employees of contracting companies contracting with the Ministry of Public Works and the Roads and Land Transport Authority (as per work ID) .

The workers of cleaning companies in contract with the Kuwait municipality, cleaning trucks (dump trucks – sweepers).

Washers of the dead and grave diggers.

All suppliers of foodstuff, vegetables and consumables for cooperative societies .

Allowing private vehicles that transport vegetables and fruits from Abdali and Wafra farms to cooperative societies.

Kuwait Catering Company Water pumping stations located in the regions for all governorates and their workers – only tankers are allowed to move.