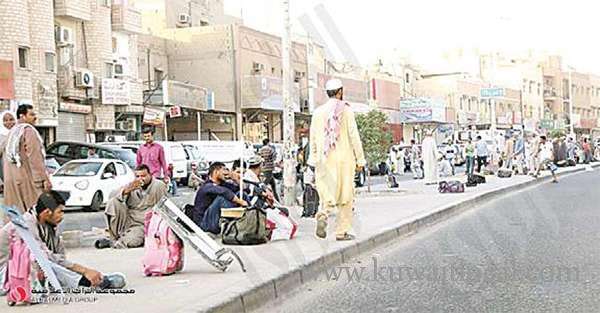 Once again, the residents of Salmiya from block 12 have cried “SOS” to the senior management of Kuwait Municipality reports Al Rai. There has been no monitoring nor followup by Hawalli municipality branch, nor there is a committee to limit the presence of bachelors in family residential area.

Real estate in this area have been taking advantage by providing 3×3 sq mts rooms by building extra partitions. Some residents from Block 12 went and filed a formal complaint with Hawalli municipality on Sep 30th.

Sources said that there was an explicit violation of the law of leasing bachelors, with assurances that the problem is on the rise despite a strict law for violators.

The residents indicated that they have been living in the area for 50 years, and that they have been living quietly, but the presence of bachelors in large numbers led them to state of inconvenience, in addition to wearing inappropriate clothes and roaming on the streets, they park public vehicles in residential parking areas, they have no respect for the sanctity of the place they live.

Sources said that a number of residents asked the municipality of Hawalli branch to deal with their complaint immediately, in line with the decision of the Minister of Awqaf and Islamic Affairs and the Minister of State for Municipal Affairs Fahd Al-Shula, regarding the formation of a committee to reduce the bachelors’ accommodation in private and typical housing.

However, a manager at the branch and an inspector dealt with the complaint with reluctance, and refused to take any action against the violating property.

He pointed to the existence of a number of real estate has recently turned into rooms rented to singles with the knowledge of the Kuwait Municipality.

The affected citizen said that if the situation continues it will enter into a fight with the bachelors, and it may even reach out of hand if the municipality does not take any action.