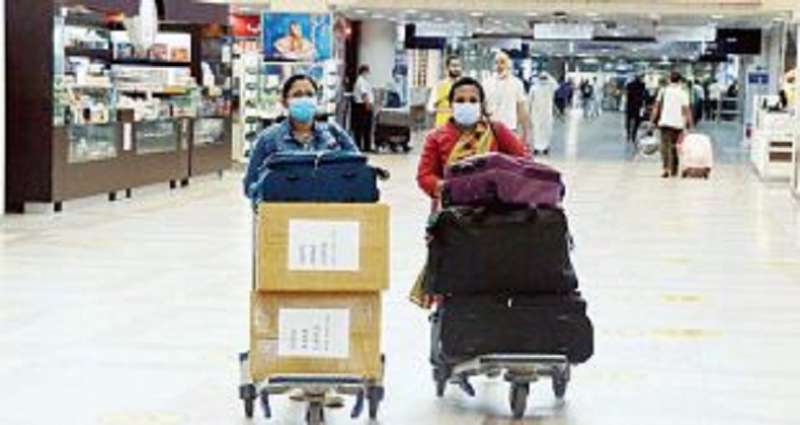 The emergence of the new COVID-19 variant Omicron has ignited the cost of return tickets to Kuwait by almost double on Saturday, November 27 (equivalent to 190 percent) from KD 100 and less for a full return trip during the past days, reports Al-Anba daily. According to sources familiar with the developments of the travel and tourism market, there is an increasing demand by expatriates to reschedule their tickets to closer dates in order to return to Kuwait, specifically on the flights available in the coming few days of this month and the beginning of next month. Many expatriates have decided to shorten their annual vacations and return to Kuwait for fear of the repercussions of any precautionary measures that might be taken by the health authorities that would limit their ability to enter Kuwait again, like what happened during the early days of the pandemic last year.

The prices of flight tickets from Kuwait to all the destinations from Kuwait International Airport are still at their normal rates, which start from KD 25 for a ticket in economy class. However, the prices of direct return tickets have increased by more than 180 percent especially from the countries from where most expatriates return such as Egypt. In this regard, the Director General of Bash Travel and Tourism Agency Muhammad Al-Bashir said, “The news circulating in the last several hours concerning the Omicron variant have prompted many countries around the world to suspend their flights to and from the countries where this variant has emerged. This has angered many people. Expatriates, for fear of a repeat of the suspension of commercial flights and their prevention from entering the country, have started changing their travel dates to return to Kuwait before any measures are taken in the face of this new variant of COVID-19. Many travel and tourism offices in Kuwait have started receiving requests from their customers, who had booked earlier, for changing their return dates to make it at an earlier date and opportunity. This has created a high demand for flight schedules for the remaining days of this month, raising the price of the return trip from the average KD 69 to more than KD 200 for a ticket.”

Flight
Al-Bashir indicated that flights from Kuwait to all destinations are still available at normal prices. He said, “If Kuwait takes any new measures or imposes travel restrictions that will affect return prices from destinations other than the destinations from where residents come, it will change the behavior of travelers again, and may raise the prices of return tickets from all destinations from where they are coming.” Meanwhile, informed sources from the aviation, and travel and tourism sectors said they expect an increase in the demand for early travel to Kuwait during the next few days, especially if there is an increase in the infection rates and the precautionary measures followed globally due to the new COVID-19 variant. They revealed that a number of expatriates affirmed that they have already started changing their return schedule to Kuwait out of fear of four main aspects:

1- Previous experience: Kuwait was one among the strictest countries in its precautionary health measures which included the ban on the entry of expatriates for a long time.
2- Maintaining jobs: Many expatriates are trying to return quickly and join their work again in order to hold on to their jobs and continue their income.
3- Transit: Many expatriates do not want a repeat of the experience of staying in transit countries for 14 days, which may turn out to be longer, as seen previously.
4- The high cost: Many expatriates believe that it is better to bear the high cost of the travel tickets in the coming days instead of bearing a higher cost in case the same precautionary measures of the past are taken.

In such a case, the cost would become much higher, and they may not be able to afford it at the time, especially with the increased chances of their income being cut off.