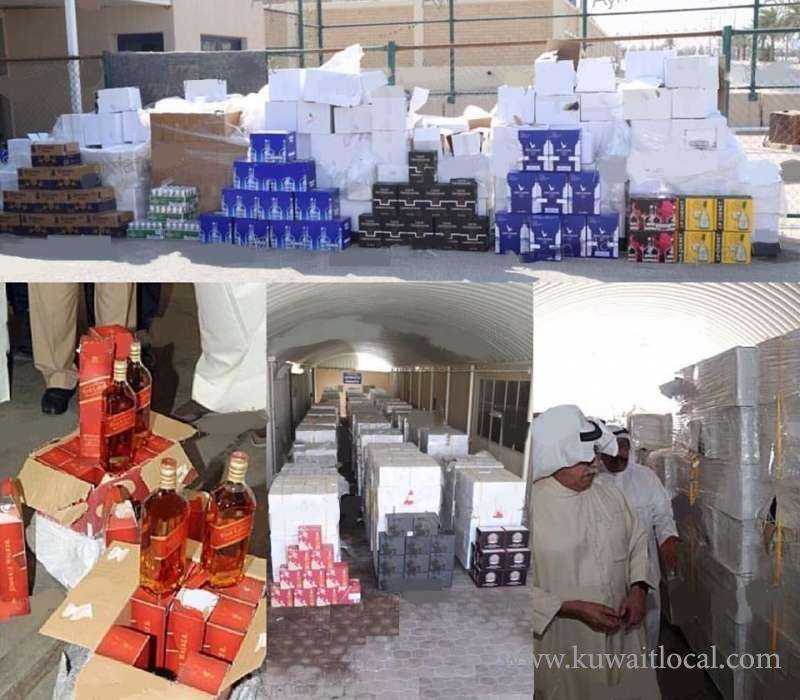 A 37-year old Kuwaiti citizen and a 41-year old Iranian expatriate were arrested after officers from the Drugs Control General Department (DCGD) confiscated 180,000 bottles of alcohol worth KD 15 million from a warehouse in Sulaibiya area in what can be considered as the largest liquor raid so far in the history of Kuwait.

In a press statement issued by Ministry of Interior, the General Department of Public Relations and Media Security explained that DCGD, after receiving information about a Kuwaiti citizen involved in selling of liquor, formed a team for investigations.

After confirming the information and taking necessary legal measures, an undercover agent was sent to the Kuwaiti suspect for the purchase of 70 cartons of liquor worth KD 56,000. During the transaction, the suspect was arrested. He was discovered to hold a criminal record for drug peddling.

When questioned, he revealed that he received the liquor bottles from an Iranian businessman.

Securitymen arrested the second suspect and discovered that he has been hiding liquor bottles in a warehouse in Sulaibiya area. The team raided the warehouse to find about 15,000 cartons of liquor bottles.

Both suspects have been referred to the concerned authorities for necessary legal action.

The Undersecretary of Ministry of Interior Lieutenant General Sulaiman Fahad Al-Fahad, who was present at the location of the raid operation, lauded the DCGD officers for their careful planning and their dedication towards the safety of the country.