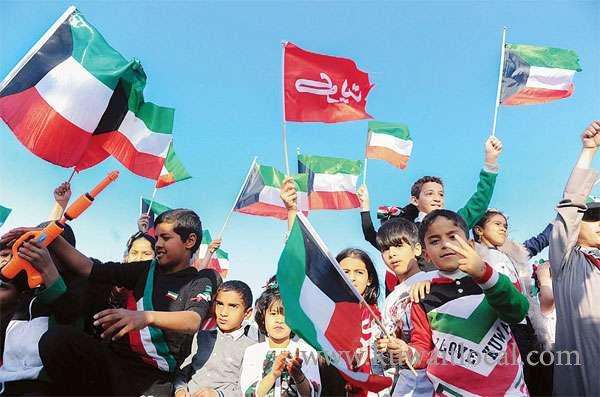 A number of experts and economists expressed varied viewpoints concerning the implementation of Kuwaitization (replacement) policy in the public and private sectors without taking into account the criteria of efficiency and creativity, reports Al-Qabas daily.

Some of them stressed the need for an operational mechanism to implement the policy especially for jobs and professions that require accumulated experience.

This will require recruiting and upgrading citizens and refining them with the expertise and courses necessary to pave the way for a promising generation of Kuwaiti youth, as well as enabling them to take charge of leading institutions and developing them in line with the international standards.

Some of them faulted the methods used by certain MPs to deal with this highly sensitive subject since they have economic dimensions of various forms, demanding not to involve such issues in the winning races for gaining more popularity and raising public opinion.

This file throughout the past years failed to have necessary studies and plans to diagnose the problem of increasing expatriate labor and put forward realistic scientific solutions that are feasible.

Policy
If the implementation of replacement policy in the government sector is easy and fast, it may not be the case in the private sector where productivity speaks and determines the efficiency of the employee, the level of salary, promotion, and continuity.

All these factors must be taken into account when starting recruitment for jobs in order to maintain the level of services and products in the market. There are those who believe 100% replacement is almost impossible in the context of the wellbeing of the Kuwaiti society.

The recruitment of foreign workers supports continued welfare and progress in many of the world’s most advanced countries such as Switzerland and the Scandinavian countries. Officials are creating plans to ensure job creation for young people and new graduates, while adjusting the unemployment rate.

In this regard, Deputy Chairman of the Board of Directors of Injazat Real Estate Development Company Mohamed Al-Farhan insisted that there are rules for replacement that must be followed, first of which is that it should not be done randomly, and should be based on efficiency. He highlighted the ability of the private sector to create opportunities for young Kuwaitis, adding, “It has already managed to attract a large segment of young and distinguished people”.

Al-Farhan blamed the administration of the government system, which encouraged young people to get easy government jobs and high salaries, and reduced the appetite for private sector. “It is necessary to stop mismanagement and bureaucracy. The right person must be put in the right place before applying the replacement policy. If these abuses are not addressed, it is difficult to give a real chance to the young people to enter the market and innovate at work,” the experienced entrepreneur said.

Supporters
Meanwhile, the Chief Executive Officer of Petra Food Products Company Osman Al-Zahem said he is one of the biggest supporters of adopting and applying the policy of replacing expatriates with citizens. Al-Zahem explained that most citizens acquired various educational degrees, as the government had ensured that they are sent through foreign missions, in addition to the fact that some of them passed through government educational institutions.

This has enhanced their qualifications and given them the required advantages. Failure of government to make use of the manpower is like a farmer who sows and does not harvest the fruits of his plants. Therefore, if these cadres are not given the chance now, the situation will remain the same.

Therefore, the sooner the issue is adopted, the better the outcome will be. “Through the private sector, we will be able to correct the equation more effectively than the government sector,” he said. Furthermore, a member of Kuwait Chamber of Commerce and Industry (KCCI) and Chairman of Al-Kout Industrial Projects Company Fahad Al-Jo’an said he supports the policy of substitution but with conditions. He explained that the private sector has recently assumed great responsibilities through the amendment of its laws, which reflected on the budgets of companies at rates ranging between 15 percent and 20 percent.

However, the companies in this sector have assumed the responsibility entrusted to them and dealt with them cautiously despite the material and administrative costs incurred. Al-Jo’an said, “We are not opposed to the promotion of the policy of “Takweet”, but we must highlight the continuing need for foreign expertise in certain sectors, since they have always played a key role in building Kuwait since its inception due to the small size of the population at the time.

He stressed that excessive opening of the settlement is not necessarily a good thing, as is the case with excessive and unregulated openness of importing expatriate workers, especially those who are not needed in the market. Al-Jo’an affirmed that there are migrant workers still, but not the same size as before, which is due to the remarkable increase in the percentage of students graduating in various disciplines with numbers exceeding 30,000 per year that in turn created “disguised unemployment” which will soon become “realistic unemployment.” He said, “I believe the government will not be able to continue guaranteeing the employment of every Kuwaiti graduate. Even at the global level, governments cannot employ all their citizens.

It should also be noted that there is a “dilution” of government energy in how it is managed. Therefore, it is best to create competent bodies to be involved in the management, regulation and control of the private sector for these issues in various sectors”.

Also, President of the Real Estate Union Tawfiq Al-Jarrah urged the government to apply the Kuwaitization policy on sound, logical and ethical grounds. He stressed that the issue is not just about the exchange of employees but it requires a long-term plan through which citizens will be trained to work in the institutions to carry out the process smoothly and without confusion. Al-Jarrah highlighted a study conducted by the Real Estate Union as per which there is a direct increase between the number of expatriates reaching 3.5 million and the increase in the number of private homes reaching 170,000.

Aim
He explained that the study showed that every house in Kuwait needs 13 to 20 expatriates for construction, completion and maintenance purposes. Therefore, the policy of horizontal expansion of housing followed by the government does not commensurate with the policy of substitution and empowerment especially since the new residential areas need employment, schools, clinics and services, most of which are not for Kuwaitis.

Al-Jarrah added that government policies must be consistent with the directions of replacement policy without conflict. In addition, Deputy Chairman of the Board of Directors of Al-Arjan International Real Estate Company Khalid Al-Mishaan said it is premature to talk about the implementation of the policy of substitution unless there is a transition to expertise.

He stressed the need to develop a national plan to address medium- term replacement between five and 15 years, and exchange experience and information, so that the expatriate can transfer his experience to the citizen within a framework of time.

Al-Mishaan indicated that there are some professions that do not need to transfer of experiences and could be easy to adjust, but there are others which need training plans for Kuwaiti youth to enable them to practice professionally and then bequeath to future generations. He said, “It is difficult to apply the replacement policy in some professions, such as those that branch out of the construction sector and other similar businesses which are not attractive to Kuwaiti citizens, even though Kuwaitis were doing the work before the era of oil.

Al-Mishaan highlighted the fact that most of the expatriate labor available now work in occupations that cannot be replaced, adding that if the elimination of employment is done randomly, it will negatively affect the economy and lead to disruption of projects. He declared that Kuwaitis are opting to work in theoretical sectors such as law, ethics and Sharia, while avoiding the practical sectors.