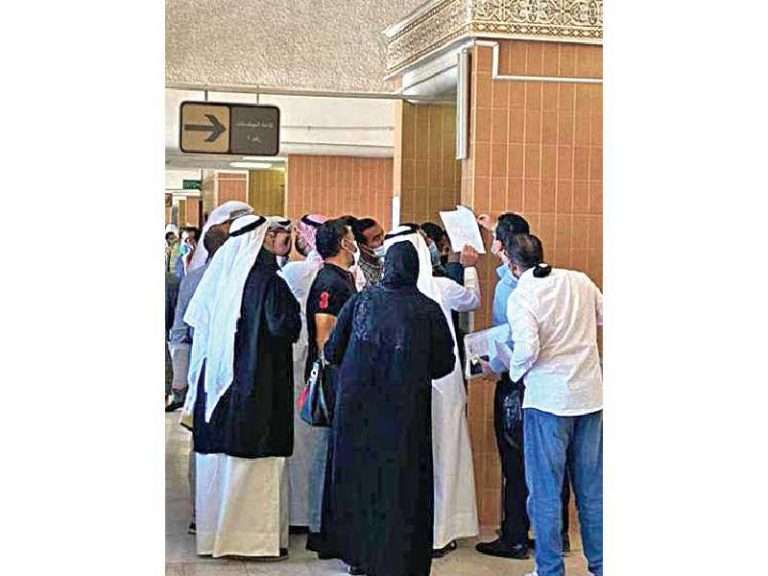 Even though Ministry of Health had addressed the Supreme Judicial Council in April about the possibility of holding sessions in the courts only if social distancing and other such measures are strictly implement in the corridors, and inside and outside the courts’ halls, the reality is completely different, reports Aljarida daily.

The daily toured the courts and noticed the scenes of crowding and congestion in the corridors and halls of the Justice Palace which were hard to miss, especially on the fourth and sixth floors where criminal trial sessions are held on a daily basis.

Although the services department in the courts sector provides sterilization and sanitization tools near some halls, these efforts lack the litigants’ demand to achieve health requirements and spacing, and the obligation of some litigants to wear medical masks designated for this, in addition to the absence of employees responsible for security and safety measures in the court corridors, which daily witness a number of COVID-19 cases among its employees.

Reality also reveals the failure of the so-called electronic roll list, which shows the sequence of cases that will be heard by the courts through screens placed outside the halls for more than two weeks, forcing the activation of paper roll lists. This has created a crowd of litigants as they scramble to check on the rolls, without following any health measures advised by the country’s health authorities.

This scenery raises a number of questions, the most important of which are – Why are the courts not applying health requirements such as social distancing in their corridors and halls? Who is responsible? When will the electronic services resume operations?