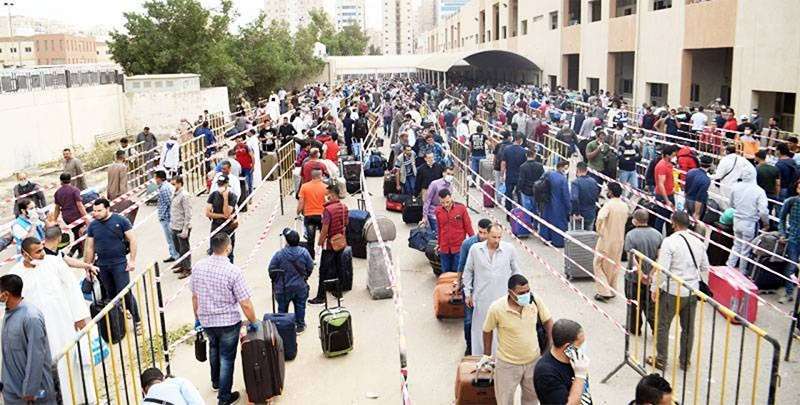 Approximately there are 130,000 residence violators in Kuwait whose residence has expired on 1st Jan 2020 and earlier who have not renewed their residence have been instructed to benefit from the deadline granted by Deputy Prime Minister and Minister of Interior Anas al-Saleh, who has allowed to amend the status by paying the fines without being referred to investigating authorities or by leaving the country.

The sources stated that this is the last such decision before the Ministry of Interior will launch a series of security campaigns to pursue violators and deport them to their respective countries and will not be able to return back as their bio-metrics data will be used in order to blacklist.

The residency departments in the six governorates of Kuwait have received instructions from the Assistant Undersecretary of the Ministry of Interior for Residency Affairs, Major General Anwar Al-Barjas, to receive residence violators who wish to pay fine and amend their status.

Those who are on visit visas, whose visit visas were extended till Monday, November 30they must leave before 12 midnight by tomorrow, if they wish to leave after this date they will have to pay a fine of 2 KD per day.

There is no intention to extend visit visas for expats as more then once the visit visas has been extended during lockdown and curfew period of corona crisis as most of the countries had shut their airspace.

Expats had more than 7 months to leave and there is no justification for their continuation, and if they do not leave at the end of the day, they will not be allowed to enter, and measures will be taken against their sponsors, including granting them new visas.

The source indicated that visitors who benefited from Resolution No. 444/2020 and their visits were extended could have modified their status according to the procedures or obtained approval to convert their visits to legal residence.