<![endif]-->
Advanced Search
No Exemptions Yet To Over-60 Expat Ban, Law Burden On Economy
Category: Kuwait 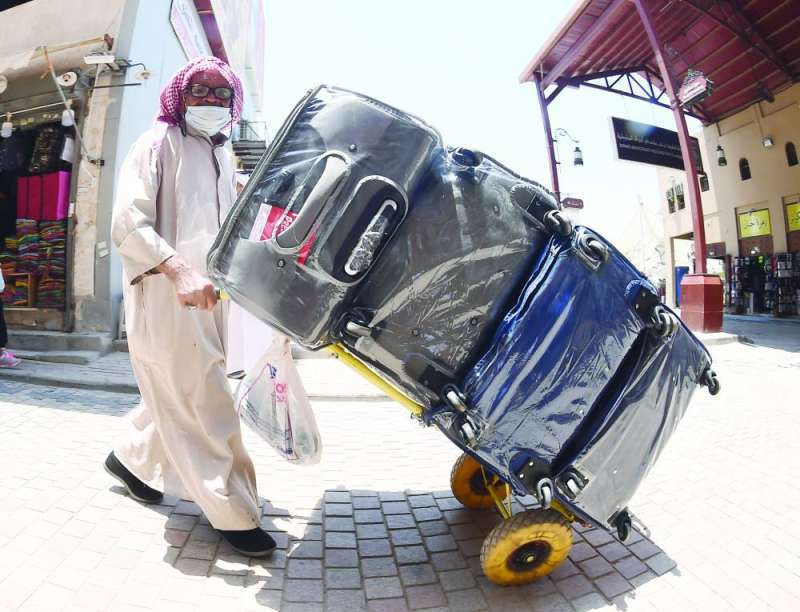 After the implementation of the decision to prohibit the issuance of work permits for expatriates aged over 60 without a university degree starting from the beginning of this year, the Public Authority for Manpower (PAM) has not yet announced any new amendments to that decision, Al-Rai daily reported.

The amendments mainly include imposing fixed fees on the workers willing to renew their work permit at an amount ranging between KD 1000 and KD 2000 per year, in addition to a health insurance document with an estimated value between KD 500 and KD 1000. The decision has not been taken yet.

Over the course of 5 months of implementing the decision, many workers have lost their residence and source of livelihood. Many companies lost experienced employees.

Despite the announcement of the Deputy Director-General for Development and Administrative Planning at the Public Authority for Manpower, Eman Al-Ansari, on April 4, that the amendments will be decided within two weeks, this has not yet happened.

He also said that an institution cannot lose one of its experienced staff just because he has reached the age of 60. The matter requires reconsideration according to a more comprehensive and broader perspective.

Economic expert Muhammad Ramadan said that the relationship between an expatriate and his presence in the labor market in Kuwait can be described as a purely practical relationship that is based on the concepts of the cost incurred by the business owner, and the return that he gets from the expatriate, and vice versa.

Ramadan added that the process of recruiting an expatriate aims to benefit from his experiences in a specific task that he accomplishes, and the decision here is always in his experiences. If he reaches the age of 60 with experiences requested by the employer, and there is no suitable alternative for him according to the cost and benefit calculations, he must be excluded from that decision.

Ramadan pointed out that the issue of classifying persons who have reached the age of 60 in the category of high risk according to the actuarial calculations of the insurance sector raises the cost of health care for them. But this matter can be overcome by having insurance documents that guarantee treatment for them at a fair value.

It is appropriate for this category as it reduces the cost of healthcare in the state, and at the same time does not deprive it of the expertise of expatriates aged 60 and over who are difficult to replace.

The President of the Kuwaiti Society for Human Rights Principles, Dr. Yusef Al-Saqr, believed that making that decision and implementing it based on the criteria of age and academic qualification only makes those criteria uncontrolled, especially since the decision neglects the element of experience in that category, which is the most important factor affecting the success of the existing entities.

Al-Saqr stated, in a statement to the daily that the decision as currently in force has no justification, as it does not constitute an added value to the local economy, and the most beneficial of it is to search for residency dealers who bring marginal labor to the country.

He added that Residents who reside in the country at this age are often employers and have existing companies and entities that add value to the national economy.