<![endif]-->
Advanced Search
No Decision To Prevent The Renewal Or Transfer Of Workers
Category: Kuwait 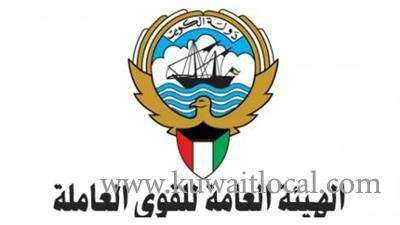 There is no decision to prevent the renewal or transfer of workers with scientific qualifications in all sectors after turning 60 years old quoting sources from the Public Authority for Manpower (PAM).

On the other hand, sources disclosed the authority has agreed with the Residency Affairs Department in the Interior Ministry not to renew or transfer marginal workers taking into consideration their age and hardship to work at such age.

A security source said that a report has been sent to the Director- General of the Directorate-General for Residence Affairs, Major-General Talal Ma’arafi about the achievements of the Home Employment Department for 2017, reports Al-Anba daily.

According to an informed source, the most prominent achievements included in the reports was the intervention of the department which helped in the refund of an estimated 308,000 dinars to the citizens.

The report stated that 1,900 complaints were filed by citizens who had signed contracts with employment offices and then terminated, and the recruitment offices were obliged to return the money to the citizens.

A security source said the report also included the interventions of the department which helped 400 workers to take their financial rights estimated at KD 200,000 from their employers.

In the meantime, the head of the Kuwait Anti-Corruption Authority (Nazaha), Counselor Abdulrahman Al-Nemash said the Authority is studying 49 complaints which may be referred to the Public Prosecution after completing certain procedures.