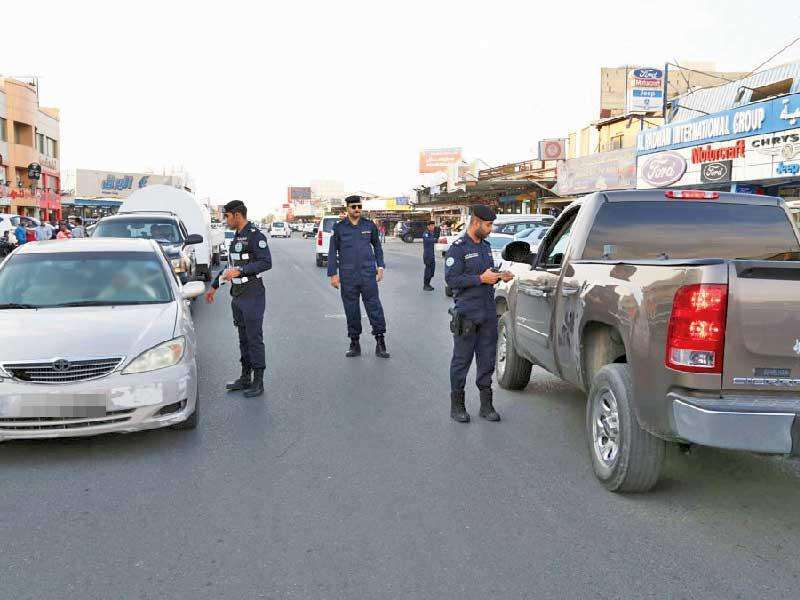 Arabic local newspaper Aljarida reported that The government referred to the National Assembly the draft law amending some provisions of Decree-Law No. 67 of 1976 regarding traffic, which included toughening traffic penalties, as the fine for exceeding the speed limit under it reached 500 dinars, and not less than 200 dinars, and some violations raised up to 1000 percent Among the most prominent fines contained in the draft, which Al-Jarida obtained a copy of, and which became under the custody of the Parliamentary Interior and Defense Committee, are the following: – 500 dinars for bypassing the red signal, using the phone, recklessness and speed. And 200 dinars for children in the front seats, shading, loud noises, and smoke emissions. And 200 dinars to put stickers and drive without insurance for the vehicle and not adhere to the landlines.

And 75 dinars for parking trucks and vehicles selling goods in residential areas and public facilities.

And 75 dinars for deliberately disrupting or blocking traffic.

Article (33 bis) states that, without prejudice to the measures prescribed in this law or to any more severe punishment in any other law, a penalty of imprisonment for a period not exceeding three months and a fine not exceeding five hundred dinars, and no less than two hundred dinars or either of these two penalties shall be imposed each. Whoever commits one of the following acts:

2 – Driving a vehicle with recklessness or negligence, exposing the driver or others to danger to their lives or property.

3 – violates the provisions of Article 28 of this law.

4 – Conducts a race for motor vehicles on the road without a permit or in violation of a permit, or conducts a gathering of motor vehicles to use them recklessly or negligently or use them in a way that exposes the driver or others to danger to their lives or property.

6 – He drove vehicles (buggies) in places other than those designated for them.

7 – He drove a vehicle against the direction of traffic on highways and circles.

8 – Use of handheld communication devices while driving.

10 – Using the private car to transport passengers for hire without a permit.

1 – Causing an accident that harms individuals’ property or public facilities as a result of violating the provisions of this law or its implementing regulations.

2 – The presence of a child under the age of ten in the front seats or not being installed in the back seats while driving the motorized vehicle.

5- Transport vehicles violating the terms of the load, its height, width, length or weight.

6 – Driving a vehicle that makes disturbing noises or emits dense smoke or a foul smell or flying from its cargo or liquefying flammable materials or harmful to health or affecting the validity of the road or falling from its cargo that poses a danger to road users or has an accident that affects its balance Or its tires or any of them are not usable.

7 – Causing damage or damage to traffic signs, traffic lights, or traffic control and control devices, or changing their features, locations or directions, or placing stickers on them.

8 – Non-compliance with the meaning of land lines or traffic signs.

9 – Driving a motorized vehicle without valid insurance, taking into account the conditions of exemption legally established.

Without prejudice to the measures stipulated in this law, or to any severer penalty in any other law, anyone who commits one of the following acts shall be punished with imprisonment for a period not exceeding one month and a fine not exceeding one hundred dinars and not less than fifty dinars, or one of these two penalties:

1 – Driving a motor vehicle without the knowledge or consent of its owner or the licensee in his name or its owner.

2 – Driving a motorized vehicle whose metal plates are unclear or illegible with numbers or with one plate, or change the location, color or shape of the plates disbursed by the General Traffic Department.

3 – Driving a motor vehicle without a permit, or with a permit whose validity period has expired, or violating the conditions of the permit in cases where the law, its implementing regulations, or the decisions implementing it require him to obtain this permit.

4 – Refrain from presenting a driver’s license, vehicle license, or any other permit required by the law, its executive regulations, or its implementing decisions, to members of the police force when requested.

5 – Using lamps, loudspeakers, machines, or any other devices other than those authorized by law, and they must be seized and a ruling confiscated.

6 – Walking or parking the vehicle on sidewalks or pedestrian roads.

7 – Parking in the vehicle on highways or unlit roads without lighting small lights or reflector lights.

8 – The use of loud, dazzling lights, or flashlights, in a manner contrary to the decision regarding their use.

9 – Turning, turning, entering or reversing against the direction of traffic.

Without prejudice to the measures stipulated in this law or to any more severe punishment in any other law, whoever commits an act of The following verbs:

2 – Leaving animals on public roads without being guarded, or their guard or leader violating traffic rules, or being negligent in controlling or driving them.

5 – Driving an automatic vehicle without lighting the necessary lights.

6 – Leaving the vehicle or its ruins neglected anywhere on the roads or on its sides.

7 – The driver of the motorized vehicle allowed the presence of passengers on any external part of it.

8 – Driving a motor vehicle that is missing any of the safety and durability conditions indicated in the implementing regulations of the Traffic Law or the decisions implementing it.