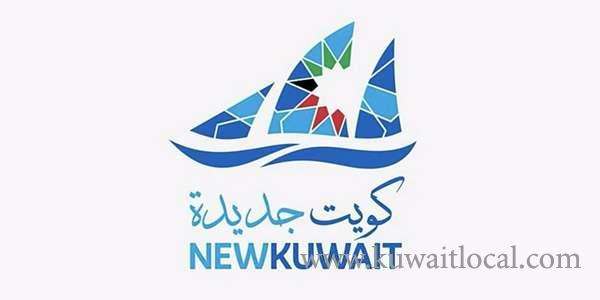 The forthcoming conference in Kuwait, dubbed International Conference for the Reconstruction of Iraq, is very reliable in mobilizing momentum and to alleviate the suffering of millions of displaced and affected victims from the wars, which sets a new rebuilding era by Kuwait’s great efforts to help the Iraqi people.

Kuwait represented by government and private sectors and institutes has a special place to provide emergency aid to those affected by the war on the so called Islamic State (IS) to take care of those wounded and confirms its diligent pursuit to build bridges and constant concern for stability and peaceful coexistence in the region.

The special status given by the State of Kuwait to Iraq is evident after its announcement in 2015 of $200 million donation to help displaced people in Iraq, which reaffirms the basic premise in Kuwait’s foreign policy, a work toward achieving security and stability in Iraq. Kuwaiti institutions and bodies have followed several parallel paths in providing humanitarian aid to Iraq during the past period, most of which concentrated in the areas of health, education and reconstruction, as well as relief sector, which was a high priority, including the provision of lifesaving emergency aid such as food, heating fuel and other basic household needs.

During the past fourth quarter of last year, Kuwait intensified its support for Iraqi refugees and displaced persons, especially as a number of Iraqi areas were hit by a devastating earthquake that resulted in a number of casualties and substantial material damage.

The operation included the distribution of thousands of food parcels containing food and health items to more than 600 families affected in Halabja by the earthquake that destroyed about 100 houses and a number of government departments in the governorate. Last December, the Kuwait Red Crescent Society (KRCS) continued to help quake victims, distributing 750 liters of heating fuel in the district of Kalar in Sulaimaniya province in Iraq’s Kurdistan region.

In the same month, KRCS distributed 30 tons of food supplies and 1,000 centrifuges to those affected by the earthquake in the district of Rania in Sulaimaniya province, near the Iraqi-Iranian borders. In January, KRCS, in cooperation with its Iraqi counterpart, also provided 60,000 liters of heating fuel to 1,500 affected families in two districts of Halabja province who were in dire need of such assistance, coinciding with a wave of cold weather that swept the region. Meanwhile, in a statement to KUNA, Sulaiman Aal-Saleh, director of the Iraqi Red Crescent Society thanked Kuwait and Kuwait Red Crescent Society for distributing heating materials, especially in the winter.

The representative of the Iraqi Red Crescent Society in Sulaimaniya Yonis Abdelsalam expressed, in a similar statement to KUNA, his appreciation to the State of Kuwait for providing various assistance to people in order to alleviate their suffering, pointing out that the assistance provided by Kuwait is characterized by quality and diversity and meets the needs of affected citizens. On the health field, last October, the Kuwaiti Society for Relief provided 10 tons of medical aid to Nineveh Health Department to be distributed to hospitals in Mosul.

The aid was provided under the supervision of the General Consulate of the State of Kuwait in Erbil and the implementation of Ronahi charity in cooperation with the Office of Coordination of Civil Crises in Kurdistan Regional Government of Iraq to meet the medical needs in the hospitals of Mosul after liberation from so-called Islamic State (IS). According to figures revealed by the Consul General of the State of Kuwait in Erbil, Omar Al-Kandari, the volume of medical assistance provided by Kuwait to hospitals in the Kurdistan region of Iraq and the city of (Mosul) to provide treatment for displaced Iraqis, sick, and injured was about 400 tons of medicines.

The Director of Public Relations in the Organization of “Ronahi” charity Saleh Yusuf expressed, in a statement to KUNA, his thanks to Kuwait for providing various assistance to displaced Iraqis, universities and hospitals, noting that the generous initiatives of the State of Kuwait contributed greatly to alleviate the suffering of displaced people in the city of Mosul and its neighbors.

In turn, the Assistant Director General of Health in Nineveh for Administrative Affairs Faras Akrawi thanked the Kuwaiti government and people for their outstanding stance in supporting the Iraqi people, pointing out that medical assistance greatly supports the health situation in Nineveh. Akrawi added that this assistance provided by the State of Kuwait is not strange to the Iraqis, especially the people of (Mosul). “The State of Kuwait has helped in many areas, where it built a number of buildings for hospitals in addition to the expansion of a number of hospitals. Last October, Kuwait also promised to treat more than 180 injured civilians whose limbs were amputated from Mosul to install artificial limbs in a private hospital in Erbil with the support of the Kuwait Relief Society and the Kuwait Red Crescent Society.

On January, Kuwait ensured the installation of artificial limbs to 66 people in a private hospital in Erbil in cooperation with the charity (Ronahi), after they were injured in (Mosul) during the war with IS. In a statement to Kuwait News Agency (KUNA), the head of the charitable organization Zayan Mirani, thanked Kuwait for its assistance to the wounded from all Iraqi cities, especially the city of Mosul and its outskirts. Mirani said the injured were of all ages, including children, women and elderly people who had lost their limbs due to military operations in the city, stressing that what Kuwait had done was restoring hope to many who were suffering. In the same month, Iraq Unified Medical Relief and Development Society announced the opening of (July 30 Health Center) on the right side of the city of Mosul after it started its rehabilitation work on 20 September with the funding of the Kuwait Relief Society in a Kuwaiti grant to support the health sector in Iraq. As part of Kuwait campaign (Kuwait beside you).

On the educational side, the Kuwaiti Relief Society, through its local partner in Iraq, began distributing thousands of school seats and blackboards to a number of schools in the city of Mosul as part of Kuwait Relief Campaign. The Director of the Iraqi Medical Association Dr Ahmad Al-Hiti said in a statement to KUNA that the society distributed 864 seats and 500 boards on the right side of the city, which are among 5,000 seats and 500 boards that will be distributed throughout the city later this year. The same month saw the opening of six new schools in Nineveh province, which was funded by Kuwait under the supervision of Kuwaiti Ambassador to Iraq Salim Al-Zamanan and the implementation of the Iraqi Medical Association as part of the Kuwait campaign. In an earlier statement to KUNA, Al-Hitti praised the great support of the State of Kuwait in restoring stability to Iraqi cities, especially in the education and health sectors. Since then, various Kuwaiti institutions and bodies have been in constant contact with the Iraqi side to coordinate the conference and to identify Iraq’s actual needs in the field of reconstruction. Kuwaiti Deputy Foreign Minister Khaled Al-Jarallah said in a press statement that “Kuwait’s support for Iraq has not stopped and will not stop because the security and stability of Iraq is the security and stability of Kuwait and the region,” Al-Jarallah said, expressing his congratulations to Iraq on the decisive victory over terrorist organizations.