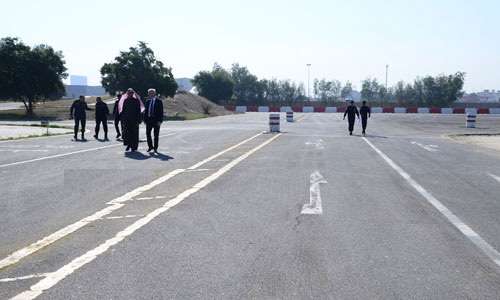 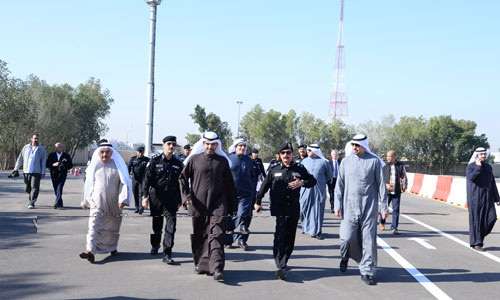 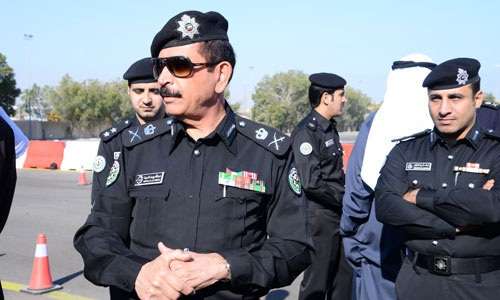 Following the inauguration, the guests were offered a tour around the modern facilities of Kuwait Motoring Company. The KMC facility in Shuwaikh provides driving training and testing for both two wheelers and four wheelers including heavy vehicles such as truck & buses, construction vehicles as well as manual car driving, 4WD driving and drifting.

They have large number of certified trainers from all nationalities and the customers can choose the trainer based on their nationality and languages spoken. Both male and female trainers are available at KMC facility. KMC Shuwaikh center with state-of-the-art facilities provides both theory and practical on specially equipped classrooms and simulators and on the ground.

KMC has in-house MOI Traffic Department to process police test appointments and driving licenses. At the inauguration Mr. Saqer Al Rashoud (Public Relations Manager) stated that the new testing area for motorbike students represented a great added value that aimed at enhancing the experience for KMC customers and provides them with safety awareness and convenience.

Mr. Saqer Al Rashoud commented, “Our partnership with Kuwait General Traffic Department clearly shows our commitment to provide customers with convenient solutions.”Kuwait Motoring Co. (KMC) was established in 1987 as the first driving education school in Kuwait. Since 1987, it has been operating continuously across Kuwait providing consultancy services, educating young drivers and training professional drivers to meet the requirements of the private & corporate clients.

Today KMC is a world-class driving training institution that incorporates modern theoretical classes and advanced practical lessons on vast training grounds. KMC has currently 3 branches, strategically located all over Kuwait – in Shuwaikh, Farwaniya and Sabahiya. The shuwaikh center is located on road number 80 near UN round about.