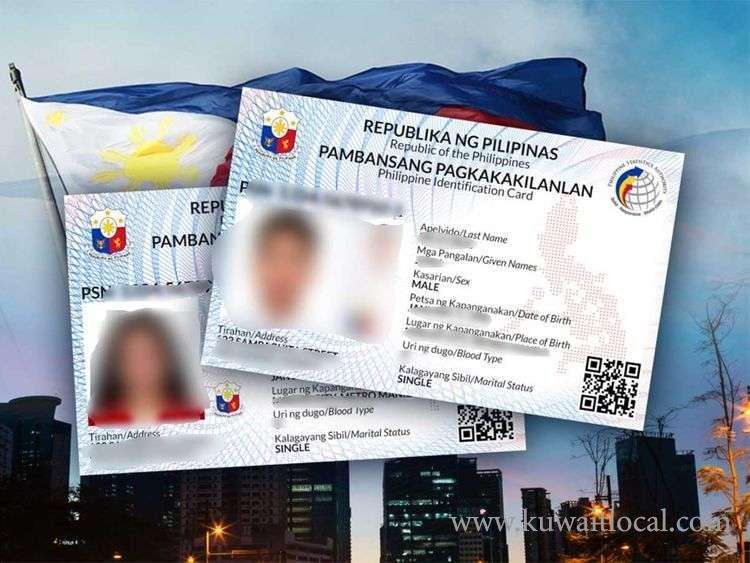 The Philippines is targeting 105 million citizens under the National ID System, according to a senior government official.

A resident alien (expatriate) is foreign national living on an official basis in a country of which they are not a citizen. It's not immediately clear how many expatriates are living in the Philippines.

Speaking at the Economic and Infrastructure Forum here, Pernia said the government is currently acquiring the technology and system to run the national ID system or Philippine Identification System (PhilSys).

The forum was held at the Philippine International Convention Center (PICC) in Pasay City, one of the component cities of Metro Manila.

Following the creation of the Philippine Identification System in August 2018, the government has rolled out a registration programme for the national ID in several phases.

“We are fast-tracking the implementation. We are now in the stage of procuring the different technologies that are needed such as the automated biometric information system,” Pernia was quoted by the Inquirer as saying.

The official said rigorous tests would be done to ensure that the system is “flawless” and “perfected”.

“We expect to do multiple final tests between September and December to make sure that the system is flawless, it is perfected before we branch out the registration and enrolment of citizens starting in 2020," Pernia said.

"By mid-2022, we should have already enrolled around 105 million Filipinos,” he added.

In the pilot registration phase, by around September 2019, about 6 million Filipinos will be registered, said Lourdines dela Cruz, PSA deputy national statistician.

During the registration process, priority would be given to indigents, people with disabilities (PWDs) and government workers.

January to June 2020 (Phase 2): Development and full operationalisation of core technology infrastructure, and the development of a mass registration ecosystem.

What the National ID contains:

- The ID would also indicate if the holder is a Filipino or a resident alien.