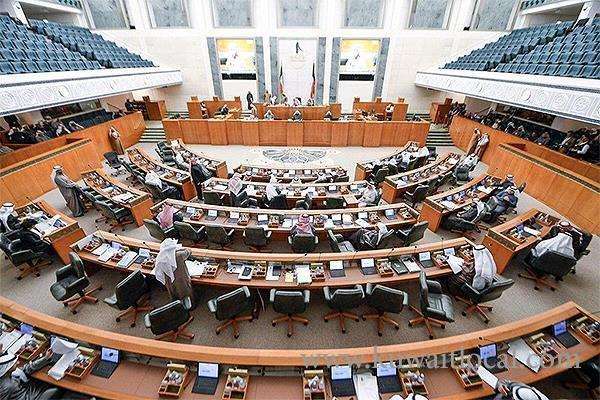 The National Assembly, during its special session Tuesday, approved 19 final accounts of governmental institutions, three international agreements, and report on loans granted by Kuwait Fund for Arab Economic Development and the extent it serves Kuwaiti foreign policies, including that between the State of Kuwait and Lebanon on land transportation for people and goods.

During deliberations, Chairman of Foreign Affairs Committee MP Abdulkareem Al-Kandari explained these are standard agreements reviewed by the committee to ensure they do not violate regulations on public funds and that they are in accordance with Article 70 of the Constitution. Furthermore, the committee’s report on loans granted by Kuwait Fund for Arab Economic Development and the extent it serves

Kuwaiti foreign policies was approved with the following recommendations:

■ Ensure that the borrowing country is complying with international agreements and charters on human rights before the loan is granted.

■ Every loan should be disclosed in a transparent manner through the Kuwaiti media; mentioning the total loan amount, interest, period of payment, the country’s commitment to pay the loan and number of loans granted previously.

■ Detailed announcements regarding tenders to ensure the largest number of bidding companies.

■ Redirect internal operations towards the development of State projects in order to increase capital.

Moreover, the Assembly approved 19 final accounts of independent and associated governmental bodies for previous fiscal years – from 2004/2005 to 2015/2016 – with 41 votes in favor and 15 against. In its report, the Budgets and Final Accounts Committee clarified that these final accounts were rejected during the previous legislative term as they were littered with violations and notifi- cations.

Therefore, the committee approved the final accounts of independent governmental bodies with high revenues; given that a percentage of these revenues will be allocated to the State reserves to support the Center for General Reserves Fund which has been under pressure due to the general budget deficit since the oil price decline.