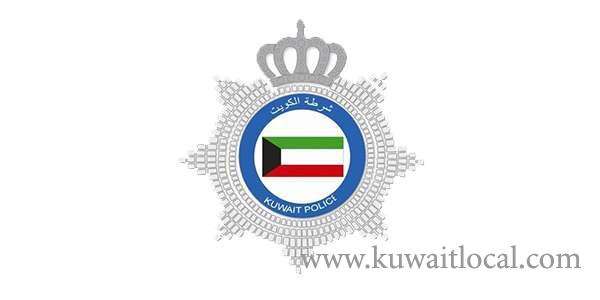 Securitymen have unraveled the mystery of a young Syrian who was reported missing about two weeks ago, reports Al-Rai daily.

According to security sources, two friends – a bedoun and a Saudi – have been detained for interrogation and charged with the murder of the Syrian. The victim reportedly died from an overdose of drugs.

Police say the Saudi and the bedoun were consuming drugs with the victim. The daily quoting security sources said, the arrests came when securitymen identified a young woman, who was the last person to call him on his cell phone.

During interrogation the woman said she was in love with the Syrian, but said she did not know where he lived. Police then managed to track the incoming and outgoing calls and identified the two suspects. After the Saudi was arrested he admitted to burying the Syrian with the help of the bedoun after he died from an overdose of drugs to avoid legal accountability.

Police discovered the bedoun had already left the country but he was arrested by the Bahrain Interpol and handed over to the Kuwaiti authorities. During interrogation the bedoun admitted to burying the victim in a desert off the Seventh Ring Road and guided police to the burial place.

The corpse has been referred to Forensic. Meanwhile, the Saudi and the bedoun are charged with murdering the Syrian and a Kuwaiti has been arrested for helping the bedoun to leave the country illegally.

Residence Transfer Of Children To Mother Stopped The General Administration of Residency Affairs decided to stop transferring the residency of the children to their mothers in cases where the father has left the country permanently or his residence ... July 31, 2020 0 8076 Category: Kuwait

Kuwait Opens Airport. More Than 10,000 Tickets Cancelled As Kuwait opened its Airport for commercial operation today, according to reports, more than 10,000 tickets will be cancelled after the sudden decision to ban commercial aviation with 31 countries. ... August 01, 2020 0 8034 Category: Travel

Kuwait Bans Entry From 31 Countries Kuwait today expanded the list of countries, from which it is prohibited for people to enter Kuwait. As the Kuwait airport started commercial activities today, the Civil Aviation Authority announced t... August 01, 2020 0 5797 Category: Travel

India Signs Air Transport Bubble Agreement With Kuwait India and Kuwait have signed a transport bubble agreement which will enable air carriers to uplift stranded passengers both to and from India. However, since Kuwait has issued a temporary ban of re... July 31, 2020 0 5644 Category: Travel

Kuwait Approved PCR Testing Centres in India Testing for the coronavirus has been very much in the news. The first and most urgent focus is on increasing access to tests to diagnose people with current infections. Doctors use PCR test to diagnos... July 30, 2020 0 5310 Category: Coronavirus

List Of Travel Ban Countries May Change Continuously - Govt Spokesman The Kuwait Government spokesman Tariq Al-Muzaram said that there was no exception for those coming from any country to Kuwait from presenting the PCR certificate, which is mandatory according to healt... August 02, 2020 0 4954 Category: Kuwait

Expatriates Who Left Kuwait After September Can Now Return Expatriate residents who have left Kuwait after September 1, 2019 can re-enter Kuwait as per a circular issued by Kuwait’s Directorate General of Civil Aviation DGCA allowing passngers to be abl... August 01, 2020 0 4799 Category: Kuwait

Expats From 7 Banned Countries Can Enter Kuwait If They Have Stayed In Other Permitted Country For 14 Days The Directorate General of Civil Aviation stated that residents from the seven declared countries (Bangladesh, the Philippines, India, Sri Lanka, Pakistan, Iran, Nepal) is not related to the citizensh... July 30, 2020 0 4797 Category: Expats