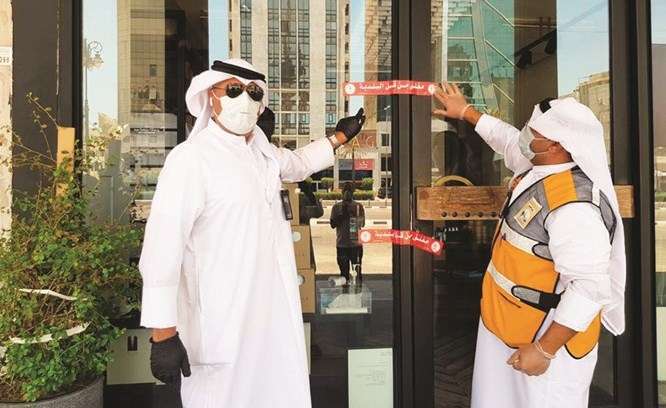 The supervisory teams of the Kuwait Municipality launched surprise campaigns on a number of markets, stores, central markets, retail stores, supermarkets and commercial complexes in Farwaniya to ensure they adhere to the Municipality’s conditions and controls and the workers’ commitment to health requirements.

The head of the emergency team at the Farwaniya branch of the Municipality, Ahmed Al-Shurika, said the tour resulted in the issuance of 7 citations for not renewing the advertisement license, and 8 warnings to shops for non-compliance with health requirements during work, after examining 35 stores.

He called on the owners of shops and commercial complexes to adhere to health requirements and take all preventive measures such as wearing gloves and masks and obliging the public to maintain physical distancing to avoid the spread of the virus, as well as ensuring the licenses of stores and advertisements are in place.