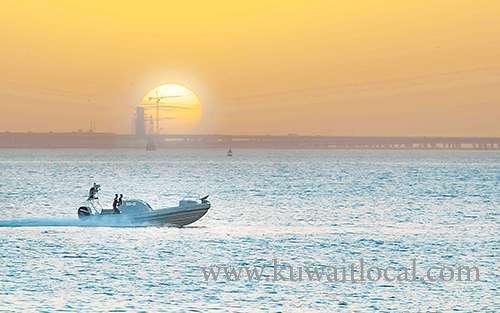 Chairman of the Municipal Council Osama Al-Otaibi said Wednesday that Sheikh Jaber Al-Ahmad Al-Sabah Causeway Project (SJSC) is one of the world’s longest and most gigantic high-speed bridges.

“The project is almost complete,” he told reporters during an inspection tour of the construction works of the project.

He was accompanied by Acting Director-General of the Public Authority for Roads and Transportation Soha Ashkenani and Head of the Capital City Affairs Dept of the Municipal Council Dr Hassan Kamal.

“The Causeway spans 37.5 km across Kuwait Bay from Kuwait City to Subiyah area. It includes a seven km-long bridge and the Doha Link, which spans across Sulaibikhat Bay from Shuwaikh Port in Kuwait City to Doha Peninsula, with a total length of 12.4 km,” Al-Otaibi pointed out.

“The mega transport project is one of the landmarks in His Highness the Amir’s 2035 New Kuwait Vision; It will cut short the distance between the Capital City and Subiyah area and remarkably ease traffic between the northern and southern parts of the country over the coming three decades,” he added.

On her part, Eng Ashkenani said the project starts from the intersection of Jamal Abdul-Nasser St and Al-Ghazali Highway to the New Subiyah area at the northern side of the Kuwait Bay with a view to easing the traffic jam in this vital part of the country.

“The Causeway will shorten the distance between the Capital City and Subiyah area from 104 km to 37.5 km and cut short the average time spent by motorists from 90 to only 30 minutes,” she noted.

“The Causeway, the world’s fourth longest bridge, follows the  latest standards of construction,” Eng Ashkenani affirmed, adding that the project envisages launching two industrial islands, one near Kuwait City and another near Subiyah with total area of 300,000 sqm each.