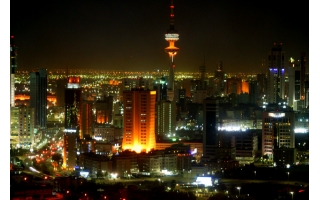 Kuwait, where investments in the travel and tourism sector are forecast to grow by 4.3 percent year on year, to total more than KD276 million over the next decade to 2025, is expected to showcase its tourism offerings at the upcoming Arabian Travel Market 2016 exhibition.

The 23rd iteration of Arabian Travel Market (ATM), which will be held at the Dubai International Convention and Exhibition Centre from 25 – 28 April, is expected to witness record crowds of buyers and travel trade visitors eager to participate in realizing the full tourism potential of the region.

With falling oil revenues, Kuwait is keen to diversify its economy and wean it away from being solely dependent on oil income. In this regard, the state is plowing ahead with plans to enhance its transportation infrastructure by expanding its road network, developing a green-field urban metro rail link and undertaking a major expansion of Kuwait International Airport. Kuwait’s strategy for long-term tourism growth received a boost in 2015 with airport passenger volume growing from around 10 million travellers in 2014 to just over 10.2 million last year.

According to a World Travel & Tourism Council (WTTC) report entitled ‘Kuwait Travel and Tourism Economic Impact 2015’, tourism accounted for 1.5 percent of total GDP in 2015, and is set to rise by 0.3 percent to reach 1.8 percent or KD1.6 billion by 2025, although this is being re-visited given the current low oil prices scenario.

The WTTC report also showed that tourist arrivals are expected to reach 440,000 by 2024, an increase of 62 percent from the 270,000 arrivals in 2014. The increased capacity will be the catalyst for sector gains moving forward with leisure travel spending set to rise by 6.2 percent per annum to reach KD2.4 billion by 2025, and business travel, which saw a dip in 2015, forecast to pick up in the next 10 years with annual growth of 5.6 percent to reach KD457 million by 2025.

Kuwait is also focused on adding new high profile brands to its hotel mix with several luxury and more affordable accommodation options under development. High-end brands such as Four Seasons, which will open its first 263-key Kuwait property at Burj Alshaya at the end of 2016, will be joined by the Mercure Kuwait (2017), Hilton Olympia Kuwait in 2019 and a Grand Hyatt in 2020. The country is also looking ahead to enter the mid-market territory with a number of upcoming projects including the 160-room Novotel Sharq (2017) and several Rotana properties, with a Centro Rotana set to debut in 2018 with 200 rooms.