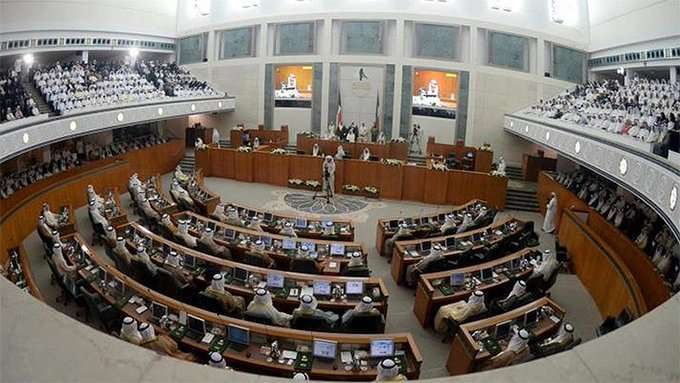 The Health, Social and Labor Affairs Committee had a meeting with Ministry of Health Undersecretary Dr Mustafa Reda and other senior officials in the ministry on Thursday. Chairman of the committee MP Saadoun Hammad said they discussed the proposal to amend law number 8/ 1969 on the prevention of infectious diseases, recent steps taken in the fight against coronavirus, and alleged shortage of Pfizer vaccine.

All arriving passengers must undergo PCR test at the airport and they do should not be allowed to leave the airport until the test results are out. Lockdown and closure decisions should be cancelled as the authorities must focus on monitoring the airport. If such decisions continue, the government should compensate all those who suffered from damages, he narrated.

The lawmaker went on to say that the committee called for postponing the collection of payments for loans that the citizens obtained either from the National Fund for Small and Medium Enterprises or the banks. In case the government decides to continue closing commercial establishments without compensating the owners, the Assembly will ratify a law that obligates its executive counterpart to grant such compensation, he concluded.

In another development, MP Osama Al-Menawer said it seems the new government will not be formed within the specified period. He explained that he requested for a special parliamentary session to discuss the plan of the interim government to deal with the second wave of coronavirus, clarifying he did not specify the date of the session to give HH Prime Minister Sheikh Sabah Al-Khalid enough time to form the new government.

He pointed out that HH the Prime Minister has been given until next Thursday to announce the new government; otherwise, the agenda of the session allotted for the oath taking of new ministers will include a grilling motion consisting of one comprehensive item which will end the political career of the premier.

On the other hand, MP Saleh Ziab Al- Mutairi submitted a bill on amending law number 15 /1979 to increase by 150 percent the periodic bonus granted to public sector employees to help them cope with the rising prices. He said there has been no increase in the bonus since the law was ratified in 1979.

The lawmaker also proposed coordinating with the concerned authorities in Saudi Arabia to allow the entry of Saudi women married to Kuwaitis and Saudi citizens residing in Kuwait. He explained the objective of his proposal is to reunite the families of these Saudi citizens. MP Badr Al-Humaidi proposed the formation of a five-member committee that will take the necessary steps to recover stolen public funds inside and outside Kuwait.

Meanwhile, the Budgets and Final Accounts Committee in the National Assembly discussed the budget of the Education and Higher Education Ministry for fiscal 2019/2020 on Thursday. Committee Chairman MP Badr Al- Mullah disclosed the committee listened to the comments of the State Audit Bureau (SAB) and Financial Controllers Bureau (FCB) on the budget of the ministry, pointing out that its total expenditures reached KD 541 million – 94 percent of the amount allocated for the eighth item (other expenditures and transportation). He said the ministry conducted 68 transfers of allocations from one item to another, revealing this practice made the committee more persistent in preventing such transfers in the budgets for the next years.

He added the committee discussed the Private Universities Higher Council’s failure to provide SAB with the documents related to constitutional accreditation, indicating the committee affirmed the right of SAB to obtain such documents which are needed to carry out its tasks properly.