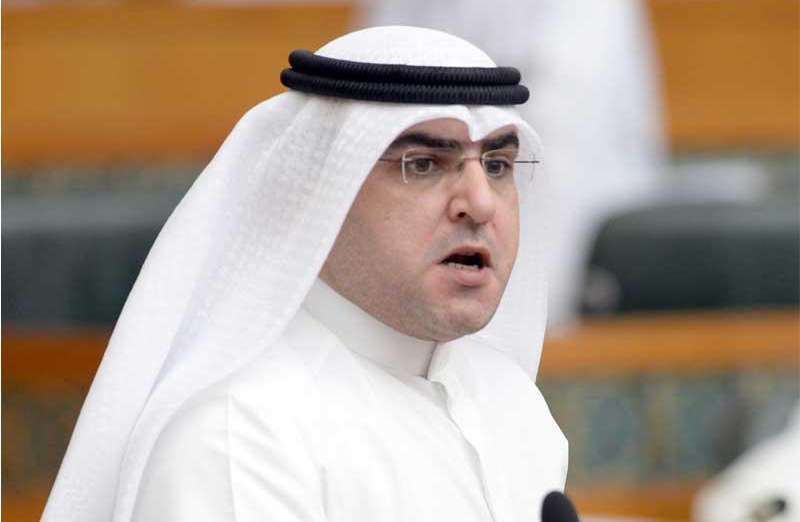 MP Abdulkareem Al-Kandari has submitted a proposal for the Council of Ministers to assign the ministries of Interior, Health, Education and Awqaf and Isamic Affairs to conduct a study on the rising suicide rate among citizens and expatriates, in coordination with civil society organizations.

Contracts
On other hand, MP Ali Al-Qattan asked Minister of Education Ali Fahd Al-Mudaf to provide him with copies of maintenance contracts for schools in every governorate, as well as the value of each contract, names of contractors, plan on the provision of administrative and technical equipment for academic year 2021/2022, reasons in case such a plan is non-existent, budget of each school for the next academic year including the expenditures, number of vacant teaching positions, required specializations, and procedures for filling up these vacancies.

MP Osama Al-Shaheen forwarded queries to Minister of Commerce and Industry Abdullah Essa Al-Salman about the latter’s decision to liquidate the guarantee letter for the contract signed by Kuwait and Gulf Link Transport Company (KGL) and Kuwait Ports Authority (KPA) to provide sailors for Shuaiba Port. He inquired if the minister put pressure on KPA in favor of KGL by summoning the authority’s officials to question them regarding the letters that KGL sent to KPA. He pointed out the minister’s task is to protect public funds, not KGL which has obtained a large portion of industrial plots without getting licenses from the concerned institutions like Kuwait Municipality, Ministry of Commerce and Industry, Public Authority for Industry (PAI), Kuwait Firefighting Force (KFF) and Environment Public Authority (EPA). This means a disaster could happen anytime, he warned.

MP Farz Al-Daihani submitted questions to Minister of Public Works and Minister of State for Communication and Information Technology Affairs Rana Al-Fares about the preparations for the rainy season. He wants to know the capacity of the country’s rainwater network, measures that will be taken in case the amount of rainwater exceeds the capacity, if the ministry has completed maintenance works for preventing damages caused by heavy rains in recent years, if the ministry ensured the drainage network is in good condition, and if the flying pebbles problem will not recur this winter.