<![endif]-->
Advanced Search
MP Safaa Announced A Proposal To Deport Expats And Their Families - here are the rules
Category: Kuwait 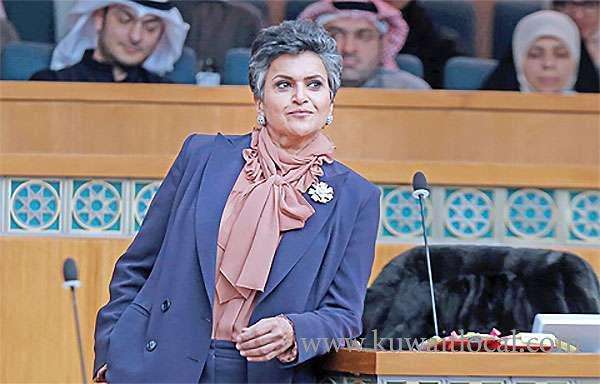 MP Safaa al-Hashem, announced a proposal to deport expatriates in multiple cases, given that the rate reached a dangerous levels, which caused great confusion in society, and the increase in the spread of crime from residence law violations reports Al Qabas.

According to the the proposal, expatriates are to deported in the following cases:

1.Expired stays. – Who works with non-sponsor.

2. Any person whose profession on residence doesnt match what he/she is working currently.

3. Construction workers who are over 40 years of age or who suffer from any disability or illness

4. Teachers, workers and workers in private schools who do not have residence on the owner of the educational facility and deport the rest of its members and prevent them from recruiting again.

5. If the expatriate is deported, his family should be deported with him.

6. The deportation of those who have already had judicial or legal rulings, even if they have passed, or their sentences have been implemented or pardoned

7.Deporting the expatriate to his country when committing three traffic violations and the arrival of his violations to the legal limit.

8. Any expatriate who has expired one of his papers or documents and has not renewed, will be entitled to deportation and a fine of 500 Kuwaiti dinars and a fine of continuous Kuwaiti to an infringing expatriate or his operator without a node all travel costs of the expatriate.

9. The name of the deported expatriate is blacklisted and prevented from entering Kuwait again.

10. Anyone who is a resident who does not have a legal residence or harbors a violation of the residence regulations shall be considered a sneaker and shall be subject to the law on a case-by-case basis.

11. Expatriate residency in Kuwait must not exceed 5 years.

12. Linking the residence of the expatriate with the adoption and exception on his educational level and qualification.

13. Who works directly or indirectly in the field of trade and for his own account at the same time loose and redundant labor with inspection of work permits and company licenses to identify the fake companies.