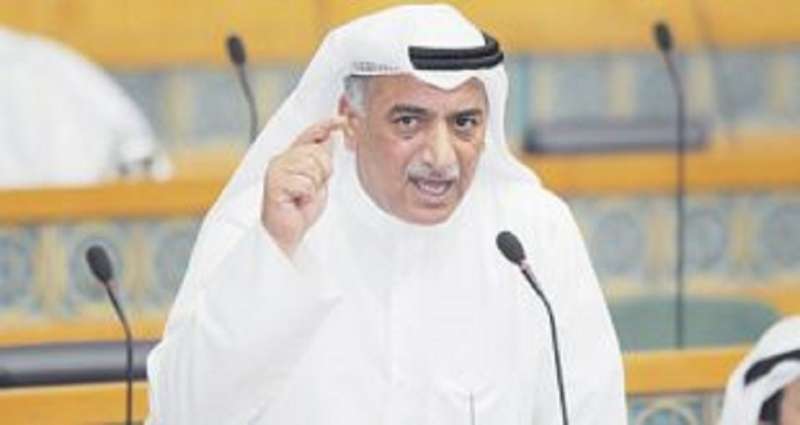 The parliamentary Youth and Sports Affairs Committee on Sunday discussed the bills on sports professionalism, and amendment of Law No. 87/ 2017 and 97/ 2015. Rapporteur of the committee MP Mubarak Al- Arow disclosed that the MPs and government reached an agreement on these bills. He said the administrative employees, coaches and referees are included in the bill on the full professional system. He affirmed the proposed amendments of the aforementioned laws are aimed at meeting the international requirements and demands of Kuwaiti athletes. On the same day, the Financial and Economic Affairs Committee deliberated on the proposal to amend law number 32/ 1968 on local currency, Central Bank of Kuwait and banking regulations.

Chairman of the Committee MP Ahmad Al-Hamad said they also discussed the bill to impose advance monitoring by the State Audit Bureau (SAB) on the Central Bank of Kuwait. He added the committee postponed voting on the bills until its next meeting. He went on to say that they talked about the bill on amending the law on establishing the Insurance Regulatory Unit and the voting will be done next meeting as more discussion is needed with the representatives of the unit. Governor and Chairman of the Board of Directors at the Central Bank of Kuwait Muhammad Al-Hashel, as well as the representatives of SAB and the Insurance Regulatory Unit attended the meeting.

Meanwhile, MP Shuaib Al-Muwaizri announced that he will hold a press conference at 7:00 pm on Wednesday to present the achievements of National Assembly Speaker Marzouq Al-Ghanim since the latter assumed office till date. The lawmaker criticized the delayed formation of the new government despite the fact that the resignation of the previous government was accepted more than one month ago. He asserted that this delay reflects the attitude of the government in disrupting attempts to grant the citizens’ demands.

In another development, MP Khalil Al-Saleh stressed the need for the government to compensate the victims of real estate fraud. He and 18 other MPs submitted a proposal to form a parliamentary fact finding committee to investigate the issue and determine who is responsible for the crisis. He highlighted the decision of the Court of Appeals that affirmed the absence of the monitoring role of the Ministry of Commerce and Industry in regulating real estate exhibition companies.

In addition, MP Yousef Al-Ghareeb submitted a proposal to establish a new department at the Ministry of Public Works to regularly evaluate the conditions of residential areas, streets and roads in different governorates compared to the number of residents. The department will also develop the services provided to residential areas and the evaluation process will be carried out every five years. Moreover, Assembly Speaker Marzouq Al-Ghanim sent cables to President of the US Senate Kamala Haris and Speaker of the House of Representatives Nancy Pelosi to express his condolences after the tornadoes that hit a number of American states resulted in a number of deaths and injuries. He also sent cables greeting Speaker of the Senate of Kenya Keneth Makelo Lusaca and Chairman of the National Assembly Justen Muturi on the National Day of their country.