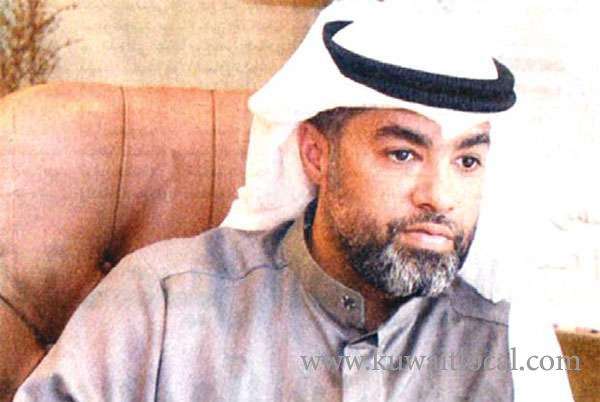 MP Omar Al-Tabtabaei has submitted questions to Minister of Finance Nayef Al-Hajraf about the principles, rules and regulations in appointing Kuwaitis at Kuwait Investment Authority (KIA) and its administrative board or outside as board members in companies where KIA owns shares.

The lawmaker requested for copies of the rules and regulations, if any, including copies of approvals obtained from concerned authorities in this regard. He demanded for detailed explanation of principles followed in selecting experts to serve as board members. He wants to know if board membership is limited to KIA staff or if some of them are appointed from outside. He requested for a list of all board members with relevant details such as their work places, ranks, job titles, academic qualifications and years of experience; in addition to appointment date if they are KIA staff. He also asked the minister to submit list of annual bonuses granted to board members starting from April 1, 2014 till date and the number of membership appointments for each member.

Meanwhile, MP Khalil Abul has forwarded questions to Minister of Education and Higher Education Dr Hamid Al-Azmi on the responsibilities of the Certificate Equivalency Department for holders of diplomas and university degrees obtained from abroad.

He asked for copies of decisions issued by the standing higher committee that enabled the concerned committee and its sub-committees to accredit certificates. He also inquired about the standing higher committee’s review of academic certificate equivalency for doctors and those who work in the pharmaceutical field, allied health and nursing. He demanded for more details like the procedures in evaluating, authenticating and attesting diploma and university degrees. He inquired if the certificates of all Kuwaitis and expatriates appointed in the public sector have been attested.

In addition, MP Khalil Al-Saleh asked the minister about the State Audit Bureau’s comments against the head of the Internal Audit Office at Kuwait Institute for Scientific Research (KISR). He wants to know if the minister is aware that money was paid to the head of the office even if the latter does not deserve it.

He inquired if the head of the office refunded the money. If yes, when did he refund the money? He also requested for the curriculum vitae of the official in question, steps taken to improve the office since he became the head, number of committees in which the official served since 2016 till the date of submitting the questions, and copies of the minutes of these committees’ meetings.

MP Thamer Al-Thufairi has presented two recommendations – exempt retirees whose pension is less than KD 1,200 from paying government charges and establish small prayer rooms for men and women in fuel stations. He pointed out the pension of retirees remained the same despite the high cost of living and rising prices of commodities. He suggested issuing a card to these retirees for them to complete governmental transactions free of charge.

On the establishment of prayer rooms in fuel stations, Al-Thufairi explained the low number of mosques by the roadside makes it imperative to establish prayer rooms for men and women in fuel stations so the motorists can pray at designated times. He added this is in line with the government’s commitment to implement the Islamic Sharia. He asserted this is stipulated in Article Two of the Constitution which says, “Islam is the religion of the State and the major source of legislation”.