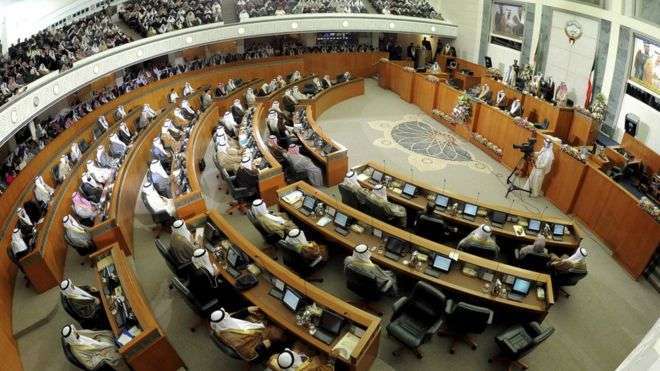 The bill stipulates that if the stolen money is more than KD 100,000; the perpetrator will be sentenced to 10 years in prison up to life imprisonment. If a public sector employee assigned in a department involved in contracting, supply and other related procedures is convicted of gaining illegal public money for himself or for others, he will be imprisoned for a period ranging from 15 years to a lifetime.

If the abovementioned public sector employee is convicted of leaking confidential information in the interest of an individual or company, he will be imprisoned for a period ranging from five years to a lifetime and fined KD 10,000 maximum or any of these two penalties. Any employee with access to confidential information is prohibited from leaking such information during and after employment. Those convicted of the abovementioned crimes are subject to penalties stated in Article 81 of the Penal Code unless they pay double the stolen money before the concerned court issues a verdict against them.

The concerned court has the authority to impose light penalties on those convicted of any of the abovementioned crimes – maximum three years imprisonment and maximum fine of KD 3,000 – only if the violation is minor and the stolen money is lower than KD 10,000. The Public Prosecution must implement the penalty and collect the stolen money and fine within six months after the concerned court issues its final decision. On the other hand, MP Badr Al-Dahoum forwarded queries to interim Minister of Oil, Electricity and Water Muhammad Abdullatif Al-Fares about the contracts signed by Kuwait Oil Company (KOC) for the construction and maintenance of roads.