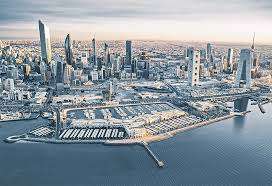 The governmental efforts aimed at controlling the state’s public budget focus not only on rationalizing the expenditures, but it also extend to broader concepts in terms of re-evaluating work efficiency and verifying its effectiveness at all functional levels with the aim of improving and developing the level of performance and rationalizing spending, reports Al-Rai daily.

According to informed sources, the government agencies are considering applying “responsibility accountability” to achieve effective control by linking accounting reports with the employees in all administrative units, and early detection of deviations between actual and estimated numbers to determine the causes of those deviations and to take necessary decisions to address them.

They explained that the implementation of responsibility accountability would eliminate random spending and resource depletion in some government sectors, as well as put an end to the weakness in the level of efficiency of some employees in the government sector. It will also evaluate the level of performance of all employees in the sector – from the bottom of the pyramid to its top – to address many chronic financial problems.

Identifying
The implementation of this system in various government agencies will require identifying the centers of responsibility in the organizational structure of each government agency, and then setting performance standards for these centers through which the government can evaluate the actual performance of each responsibility center by comparing the planned performance and what has been implemented on the ground, as well as early analysis of diffraction in order to find the vulnerabilities and address them faster.

The implementation of the system will clearly identify the centers of deficiency in government performance, as there will be a specific contribution from each department and sector in the state apparatus for which prior plans are drawn up. This will therefore facilitate the identification of the deficiencies by linking them to a control system which is linked to the financial resources that are used.

The sources said, “Ultimately, this system aims to achieve the highest levels of efficiency and effectiveness when using financial resources. Government agencies are divided into responsibility centers. The efficiency of each responsibility center is assessed separately when using the resources allocated to it, and directed to achieve specific goals.

This will be through the comparison of the actual data of the estimated financial appropriations and what was actually spent, as well as the extent to which the desired spending goal was achieved.”

They indicated that dealing with responsibility centers will be more effective in determining deficiencies, as it will provide an opportunity to find out the rate of completion of various government centers and reveal their shortcomings, instead of dealing with the government agency as a single center that makes it difficult to know the defects within it.

They added that this will happen by linking the actual performance with the plan in the responsibility centers at the various administrative levels in order to facilitate the identification of responsibility for any deviations in performance.

Four goals
The sources explained that resorting to accountability will push for achieving many goals, including:

2. Implementation of plans: By applying this option, it is possible to identify the problems in implementing plans more quickly, deal with them, and achieve the performance expected from the work center in a more effective and realistic manner.

3. Defining the scope of responsibility: Responsibility accountability allows all employees to be held accountable for the results of their work and push towards the optimal employment of all human and financial capabilities.

4. Early accurate information: This method allows the provision of performance information and reports related to spending, which clarifies shortcomings at an early stage, and facilitates dealing with them to remedy any deviation in performance.