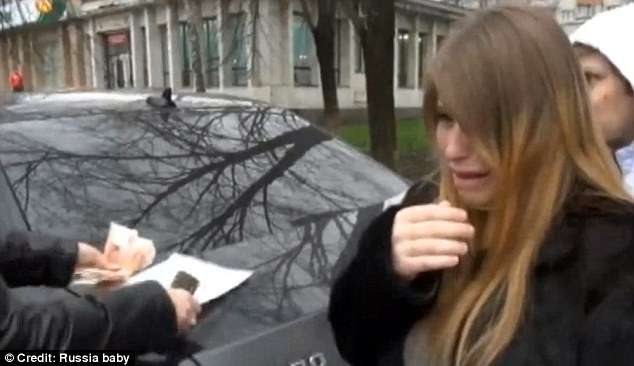 The disturbing footage shows undercover police officers posing as potential buyers, they secretly filmed the woman in the south-western Russian city of Vladikavkaz, in the Republic of North Ossetia-Alania.

After the deal had been accepted and the woman received the money, she was immediately arrested and her baby taken into care.

The woman, reportedly a prostitute, told police she needed the money to support her eldest daughter who lived with her grandmother in the nearby town of Mozdok.

'My life is difficult. I do not have a choice. I had to sell my son, but now I want him back.'