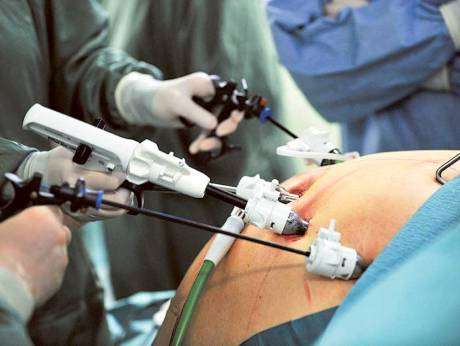 Obesity cases rising in the UAE, more and more younger patients are being recommended for weight-loss surgeries, experts have said. The surgeries are a last resort in the fight against obesity and its related complications. They are often a better choice than letting children’s health get progressively worse.

Statistics compiled by regulator Health Authority Abu Dhabi (Haad), indicate that nearly 30 per cent of schoolgoing children in Abu Dhabi are overweight or obese and the proportion rises to 40 per cent among teenagers. Dr Evan Nadler, paediatric surgeon and co-director of an obesity institute at the Children’s National Medical Centre (CNMC) in Washington, told Gulf News that he now has to operate on more patients aged 13 years and younger.

“In the United States, teenage obesity is still on the rise. And while data about the UAE’s children is harder to come by, we know that the country is among nations with the highest proportion of people suffering from obesity,” Dr Nadler said. The CNMC, which houses the Shaikh Zayed Institute for Paediatric Surgical Innovation, works closely with healthcare officials in Abu Dhabi. Some of Dr Nadler’s patients are even referred from hospitals in the Gulf region.

“People are more aware these days of bariatric surgery as a successful intervention for treating obesity. They hear of more success stories. And as doctors, we are willing to suggest weight-loss surgeries if required; the longer the patient stays obese, the worse the related complications, such as diabetes and hypertension,” the doctor explained.

Among young patients, bariatric surgeries are recommended for diabetic patients if their body mass index (BMI) is 35 and above. For those without diabetes, surgeries are typically advised if their BMI is 40 and above. However, these procedures may be prescribed at a lower BMI if the patient has other comorbidities, such as diabetes and hypertension.

“Without treatment, these patients face an increased risk of heart disease, as well as early death in case of a cardiovascular event. This does not mean that the bariatric surgeries are an answer to the obesity epidemic. Instead, parents should keep an open mind and discuss their options if their children have certain pressing risk factors,” Dr Nadler said.

In many cases, he operates on children who suffer from obesity that occurs due to genetic conditions. For example, he performed bariatric surgery on an Emirati girl aged four years and nine months, who weighed 69kg. Her abnormal weight gain had occurred due to high levels of cortisone, a naturally occurring hormone produced by the adrenal gland.

Dr Fuad Ahmad, consultant for general and bariatric surgery at Abu Dhabi’s Burjeel Hospital, agreed that surgery is not the first course of treatment. “We advise that young patients undergo psychological counselling, especially as weight loss attained through bariatric procedures cannot be maintained unless patients make healthier lifestyle choices after the surgery,” he said.

The doctor said that he now comes across a growing number of children who fit the criteria for bariatric surgeries, including high BMIs and other comorbidities. “Weight-loss surgeries among young patients are definitely a growing field in the UAE,” Dr Ahmad added.