<![endif]-->
Advanced Search
More Than 400 Workers From Rajasthan Have Been Held For Violating Employment Visa Norms In Kuwait.
Category: Kuwait 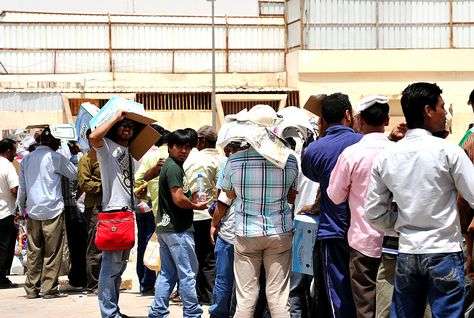 More than 400 workers from Rajasthan have been held for violating employment visa norms in Kuwait. These people had 'Khadim visa' (domestic employment visa) allowing them to work as domestic help only but they were allegedly working at factories and other commercial places, violating norms.

This is for the second time that people from Rajasthan were arrested on such a large scale within a fortnight. Earlier, 300 people were arrested.

TOI received calls from some labourers who had been rounded up, but later released by the Kuwait police after verification of documents. They said those who are still in custody may be deported to India soon.

"Nearly 1,100 workers were detained by the police in a massive drive against violation of visa norms on Wednesday. Of them, 700 were released after verification of documents, but 400 are still in custody. They have been arrested for violating employment visa norms," said Suresh Chandra, a resident of Wagad region who works in Kuwait told TOI over phone.

The workers who are still in custody are from Chittorgarh, Pratapgarh, Basnwara and Dungarpur.

"Most of the labourers are from Wagad region, consisting of Dungarpur and Banswara districts," said Suresh.