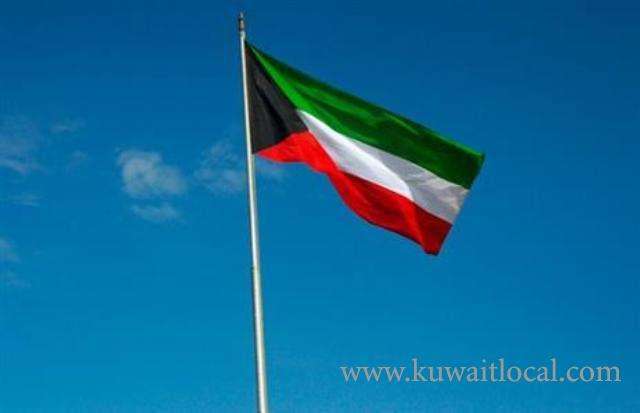 Moody's has confirmed the Aa2 ratings of Kuwait, Qatar, the United Arab Emirates and Qatar but assigned negative rating outlooks, while it downgraded the ratings of Saudi Arabia (to A1 stable), Bahrain (to Ba2 negative) and Oman (to Baa1 stable). In its online ratings for the GCC countries, the rating agency said the confirmation of Kuwait's Aa2 rating reflects Moody's view that, despite the negative effect of a protracted period of low oil prices on the economy, government finances and external strength, the sovereign's overall credit profile remains consistent with Aa2 rating.

The decision to assign a negative outlook reflects Moody's view that there remain material uncertainties around the Kuwaiti government's ability to effectively implement its fiscal and economic reform program, which has the stated objective of diversifying and enhancing the economic base and its budgetary revenues. According to Moody's, the Kuwaiti government's inability to do so would be a signal of a level of institutional weakness that is inconsistent with an Aa2 rating.

In addition, Kuwait has extraordinarily large hydrocarbon reserves at very low production costs. As a result, Moody's expects that Kuwait's economic and fiscal strength are likely to remain consistent with an Aa2 rating. Although the drop in oil prices from their mid-2014 peaks has resulted in a drop of over 30% in Kuwait's nominal GDP in 2015 compared to 2013, with a further 13% reduction expected in 2016, Moody's expects the country's nominal GDP to reach its pre-oil price shock level by 2021, in line with the rating agency's anticipated gradual recovery of oil prices.

Moody's also notes that, despite the sharp economic contraction, Kuwait's GDP per capita -- estimated at USD 70,166 in purchasing power parity terms in 2015 by the IMF -- remains extremely high by international standards, and that this level of wealth continues to provide a significant economic buffer in terms of social stability. While government finances have deteriorated, with a deficit of 1.1% of GDP in fiscal year 2015/16 (down sharply from a surplus of nearly 30% the year before), and an even wider deficit of nearly 10% of GDP forecast for the current fiscal year, Moody's believes that Kuwait's very low levels of government indebtedness and its very large reserve buffers provide enough space to accommodate the deterioration in its fiscal balance within the Aa2 rating level.

For instance, government debt as a share of revenues would be around 35% of the Aa2-rated median, and interest payments would be at 16% of the Aa2-rated median. Furthermore, Moody's expects that the total assets managed by KIA at the end of the forecast period will continue to represent a high multiple of the accumulated debt by 2020. The negative rating outlook for Kuwait reflects Moody's view that there remain material uncertainties around the government's ability to effectively implement its fiscal and economic reform program with a view to diversifying and enhancing its economic base and budgetary revenues.

Despite Kuwait's very significant financial buffers, the oil price shock appears to have lent urgency to the government's reform efforts. Given that Kuwait's economic and fiscal institutions were not severely tested during the period of high oil prices, the coming years will provide insights into the capacity of Kuwait's government to articulate and implement a credible policy strategy, it said. However, the effectiveness of Kuwait's policy making and implementation and the strength of its business environment are materially weaker than those of its Aa2 peers. As a result, slow or only very limited implementation of fiscal and economic reforms could over time erode Kuwait's medium-term economic and fiscal prospects and lead to a deterioration of the country's credit profile beyond the current baseline scenario.

In a simple no-reform scenario, with government expenditure fixed at 60% of GDP from 2016, and no changes to Moody's other baseline assumptions (oil price production, growth, inflation), the fiscal deficit would average 10% of GDP between 2016 and 2020, government debt would rise to about 40% of GDP by 2020, and the current account would stay in deficit until 2020. The government started implementing some fiscal reform measures in 2015, and further expenditure rationalization is planned through 2018, including public sector salary and wage reform. Proposed measures on the revenue side include a uniform 10% corporate income tax, introduction of a 5% value-added tax from 2018, re-pricing of government service fees, and improved revenue collection.

However, the country's plans to diversify the economic base and reduce, at least to some degree, the reliance on oil are at a much earlier stage of development. Moreover, obstacles have arisen even in relation to the limited initiatives the government has introduced. The National Assembly recently watered down government plans to include citizens in the utility tariff adjustments. In addition, a strike by workers at state-owned Kuwait Oil Company in late April highlighted public opposition to deeper public sector reforms.

Parliamentary elections are due by July 2017, carrying the risk of re-election concerns dominating decision-making. Given the negative outlook, the likelihood of upward movement for Kuwait's rating is very limited at this point in time and would depend on significant improvements in the country's institutional strength, as would be evidenced by sustained fiscal and economic diversification. In Moody's view, a more rapid-than-expected increase in the oil price is unlikely to bring about a reversal in the rating trajectory on its own, given the uncertainty over whether a rise in oil prices could be sustained. Moody's would consider moving the rating outlook back to stable if the government were to successfully implement its economic and fiscal reform plan, particularly by reforming current spending and improving its revenue composition.

Conversely, Moody's would consider a downgrade of Kuwait's rating if the rating agency were to conclude, over the next 12-18 months, that Kuwait's institutional strength was indeed inconsistent with a Aa2 rating -- for example, in the event of broad and sustained delays in developing a policy agenda consistent with the government's consolidation and diversification objectives, or in implementing planned reforms related to government finances and the management of government debt. In addition, a further sustained fall in the price of oil, a further marked worsening in the fiscal balance for which there was no clear reversal, and/or signs of falling government financial assets would also exert downward pressure on the rating. A deterioration in the domestic or regional political environment resulting in disruptions to oil production and/or a deterioration in the business climate would also be credit negative.