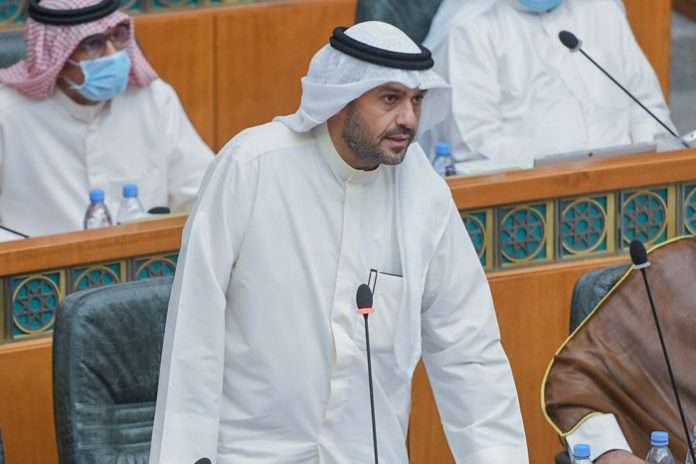 Deputy Prime Minister, Interior Minister and Minister of State for Cabinet Affairs Anas Al-Saleh, during Tuesday’s parliamentary session, asked for the postponement of his grilling by MP Shuaib Al-Muwaizri.

His request was answered and a session for this purpose was scheduled on August 18. After a discussion with National Assembly Speaker Marzouq Al-Ghanim who asked him whether he wished to delay the interpellation, Minister Al-Saleh opted to postpone the grilling; based on Article 100 of the National Constitution, noting that it should be a public one.

According to Article 135 of the National Assembly by law, the speaker directs a notification to the prime minister or the concerned minister, beforehand, and his request is included in the agenda of the upcoming session to set a date for holding the debate.

On the issue of discussing the topic brought forward, the same provision stipulates that the interpellation debate should be held only after at least eight days since the day it was requested, without being hasty, with the consent of the prime minister or the concerned minister.

The lawmaker requesting the grilling has the right to extend the duration for a maximum of two weeks at most, so in response, the delay will occur based on what is requested unless a majority of votes by parliamentary members goes through.

Al-Muwaizriآ’s grilling request, on June 27, is based on three issues relating to irregular profit-making, violating laws and misusing authority.

Moreover, he charges the minster with “forging the nation will and tampering with voters’ registrations.” The session closed with the decision to hold a follow-up one early on Wednesday.