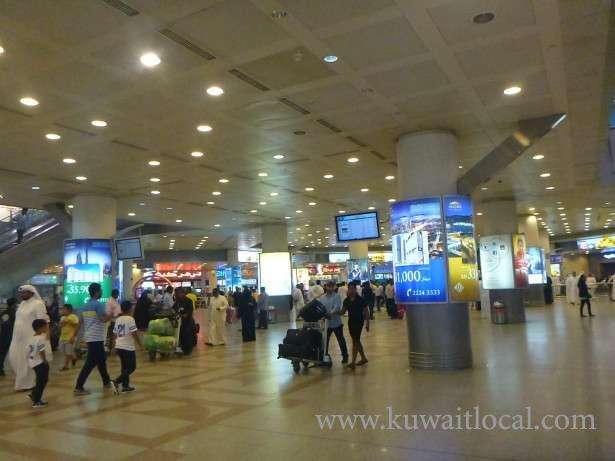 General Department of Public Relations and Security Media at Ministry of Interior declared that the number of passengers who passed through Immigrations Section at Kuwait International Airport last month was 1,358,780 including 74,460 GCC nationals.

According to a press statement issued by the ministry, the number of departing and arriving passengers last month was 590,816 citizens and 693,504 expatriates of various nationalities. The number of visas issued by the airport’s Immigration Department was 14,028.

A total of 58 individuals were prevented from entering the country, as they were discovered to be blacklisted after they underwent scanning of fingerprints.

Also, five individuals were arrested for attempting to enter the country using forged travel documents. In addition, 1,474 cases of travel ban were lifted at the airport, 164 individuals were referred to the relevant authorities, and the names of 15 people were lifted from the deportation list.