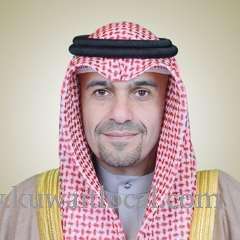 The statement issued by Minister of Finance (MoF) Anas Al-Saleh on Wednesday has opened doors that were closed in Ministry of Education due to the general fury among expatriate teachers of the ministry, included the retired ones, due to Ministry of Finance’s refusal to disburse housing allowance for female expatriate teachers retroactively except through a final court order.

In this context, the Finance Manager at Ministry of Education Bader Al-Mutawa indicated that the ministry has not yet received any official decision from Ministry of Finance to halt or delay the disbursement of the funds in question.

He affirmed that the ministry is still waiting for the response of Ministry of Finance for increased budget in order to disburse, and that the decision to suspend this is unreliable. Al-Mutawa stressed that the finance sector of Ministry of Education (MoE) has reckoned the number of those deserving housing allowance retroactively based on the decision of Civil Service Commission (CSC).

He said, if Ministry of Finance suspends the decision, the ministry cannot disburse the funds because Ministry of Finance is the body authorized to increase the budget in this regard. Meanwhile, sources in the education sector revealed that a huge number of female teachers are heading in groups to file lawsuits in the local and international justice systems in order to receive housing allowance of KD 90 retroactively from April 2011.

They indicated that even male teachers are following similar suit to receive their rights in terms of the money deducted from their housing allowances and other allowances. The sources revealed that the move is in response to the decision taken by Ministry of Finance to withdraw its decision for disbursing the funds. They indicated that there are about 1,000 cases in the international courts filed by male and female teachers of all nationalities, included those who have retired or been dismissed.

A group of expatriate teachers told the daily that they will not relinquish their rights which have been stipulated by the Kuwaiti law. They lamented that their rights are not being met since seven years despite the rulings of local courts in their favor.

They indicated that they will refer their grievances to the international court to receive their rights based on the Constitution of Kuwait which grants them equality. In the meantime, the Ministry of Health (MoH) said cooperative societies, perfume shops and supermarkets are prohibited from displaying, circulating or selling products that contain illegal pharmaceutical substances.

In a press statement, the ministry explained the decision is an implementation of the bylaw of law number 28/1996 concerning pharmacy profession and circulation of medicines.

This is in addition to ministerial decision number 102 issued on April 21, 2016. The ministry urged cooperative societies to remove all products that contain illegal pharmaceutical substances from their shelves in the main stores and branches.

They were advised to return such products to local suppliers according to product return documents, while copies of receipts for the return should be sent to the Medicine Inspection Department to enable the authority to follow up cases of violators. Minister of Health Dr Jamal Al- Harbi has discussed the issue with Minister of Social Affairs and Labor, and State Minister for Economic Affairs Hind Al-Sabeeh.