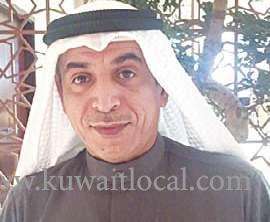 Minister of Education and Higher Education Dr Hamid Al-Azmi revealed that Ministry of Higher Education will examine all accredited certificates, irrespective of whether they are issued newly or were issued in the previous years, and will refer suspicious certificates to the Public Prosecution for required legal action, reports Al-Anba daily.

Meanwhile, the minister said all higher education institutions are ready to receive applications from fresh applicants for admission to university and applied education institute as well as for foreign and internal scholarships. He reassured that nearly 34,000 seats are available for high school graduates in these institutions in the next academic year.

Meanwhile, Dr Al-Azmi affirmed that the leadership of Kuwait University has expressed rejection of the strange phenomenon that has emerged lately in the university and fuels sectarianism and tribalism. He insisted that they are individual cases, and that the university administration has started dealing with the matter based on the relevant bylaws and regulations. In this regard, Al-Qabas daily reported that the Kuwaiti Association of the Basic Evaluators for Human Rights (KABEHR) affirmed in a statement that tribalism destroys societies. It expressed its regret over the presence of such advertisements in Kuwait University that have adopted the tribalism approach. KABEHR stated, “What happened is because of failure of the societal and institutional system”. It affirmed the need for discussing and studying the phenomenon of sectarian and tribal fanaticism thoroughly to identify its reasons as well as the actions required to tackle and curb this phenomenon.

Meanwhile, Deputy Head of the Executive Management of National Union of Kuwaiti Students – Jordan branch Mubarak Al-Hajraf called on Ministry of Higher Education to reconsider the decision related to non-inclusion of Jordanian universities among the annual foreign scholarships, stressing that continuing the suspension of scholarships to Jordon for the second consecutive year is a surprising matter, reports Al-Rai daily