Advanced Search
Miscalculation By A Contractor In-charge Of The Demolition Of A Building In Jabriya Area
Category: Crime News 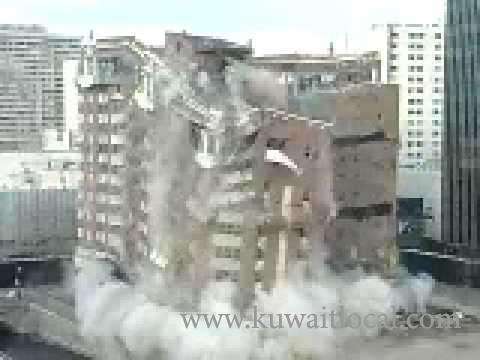 Miscalculation by a contractor in-charge of the demolition of a building in Jabriya area resulted in sudden collapse of the building on Wednesday morning. When the incident occurred, the contractor was seen fleeing the scene. When the Control Room of Kuwait Fire Service Directorate received information about the collapse of a building, fire teams from Hawally and Salmiya fire stations as well as from Technical Rescue Center were dispatched to the site.

Upon arrival, they discovered the building had suddenly collapsed in the midst of the demolition process due to the contractor’s error. The fire teams immediately embarked on a search operation which revealed lack of human or material losses.

The Public Relations and Media Department of KFSD urged all constructional companies to observe utmost caution and take all necessary safety precautions during such operations. It also instructed them to notify the concerned authorities about such activities in order to avoid any legal actions which the contractor might have to bear in case of any unfortunate situation.

Kuwait Municipality’s Public Relations Department affirmed that the concerned departments affiliated to Hawally Municipality, after receiving reports about the collapse of a building in Jabriya area in the early hours of Wednesday morning, took immediate action.

In a press statement, the department explained that the Deputy Director General for Municipal Affairs in Hawally and Ahmadi Governorates Fahad Al-Otaibi was present at the site along with personnel from the Safety Department and other concerned departments. They supervised the operation of lifting rubbles from the road.

Al-Otaibi ordered to prepare a detailed report about the incident, and to impound the machinery used in the demolition process. In coordination with Ministry of Interior, he summoned the contractor in charge of the demolition operation for investigations.