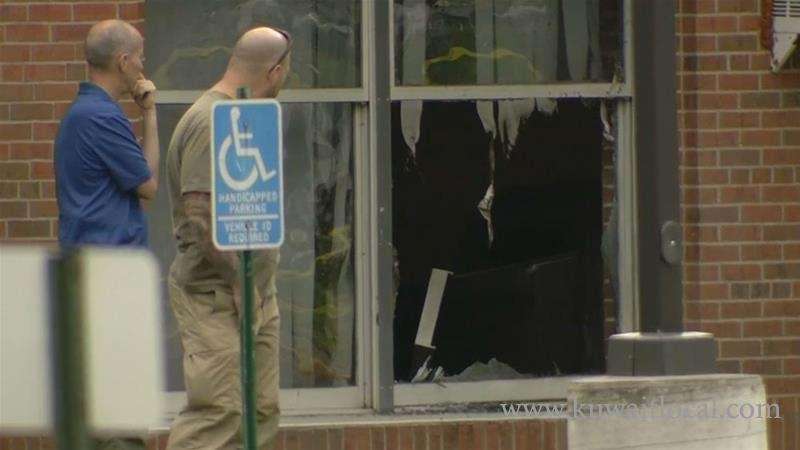 A mosque in the US state of Minnesota was bombed early on Saturday, while worshippers gathered inside for morning prayers.

No one was injured in the attack at the Dar Al Farooq Islamic Center in Bloomington, but police say the imam's office had been damaged.

The Federal Bureau of Investigation has launched an investigation into the attack, which took place at around 5am local time (09:00 GMT).

Richard Thorton, the special agent in charge of the FBI's Minneapolis Division, said that the investigation will determine whether the incident was a hate crime and who may have been behind it.

Thorton added that the explosion was caused by an "improvised explosive device", and that investigators had recovered components of the device to figure out how it was put together.

Worshippers managed to extinguish the blaze before firefighters arrived, according to a statement from the Muslim American Society of Minnesota.

The group's director, Asad Zaman, told reporters that "a witness saw something being thrown at the imam's office window from a van or truck before the blast".

Mohamed Omar, the mosque's executive director, added that the vehicle immediately sped away.

The predominantly Somali mosque, like many other mosques around the country, has received threatening calls and emails, Omar told local media.

"It was 5am. The whole neighbourhood was calm. People were supposed to be sleeping, that how peaceful this should be," he said.

"I was shocked to learn this happened".

Yasir Abdalrahman, a worshipper at the mosque, said the explosion was "unimaginable".

"We came to this country for the same reason everyone else came here: freedom to worship," Abdalrahman said.

"And that freedom is under threat. Every other American should be insulted by this."

The Dar Al Farooq Islamic Center serves as a religious space and community organising platform for Muslim activists and leaders in the area, according to the Muslim American Society of Minnesota.

The Council on American-Islamic Relations (CAIR) urged Islamic centres and mosques across the country to step up security.

The local chapter's civil rights director, Amir Malik, said that "if a bias motive is proven, this attack would represent another in a long list of hate incidents targeting Islamic institutions nationwide in recent months".

CAIR and the mosque are offering a $10,000-reward each for information that leads to an arrest or conviction.

The attack comes amid a dramatic rise in the number of anti-Islam bias incidents in the US, according to CAIR.

A recent report also said hate crimes spiked in 2016, which was the worst year on record for anti-Muslim incidents since the group began its documentation system in 2013.

The Southern Poverty Law Center also found that the number of anti-Muslim hate groups in the US has nearly tripled since Donald Trump launched his presidential campaign in 2015.

It reported that the number of organisations opposing Muslims "leaped" from 34 in 2015 to 101 last year.

New visa applicants from Syria, Sudan, Somalia, Libya, Iran and Yemen and all refugees must prove a relationship to a "close" relative already in the United States in order to be eligible for a US visa.