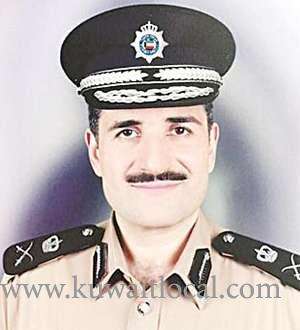 Director General of the General Department for Residence Affairs, Major-General Talal Ma’arafi, has rubbished rumors which say the Interior Ministry will open the door for violators of residence law to amend their legal status without paying fine and allowing them to return to the country.

Ma’arafi stressed the ministry, at least in the near future, does not plan to give grace period because earlier grace periods have not acquired the desired results. However, Ma’arafi in a statement said, the door is open for those expatriates who want to check with the concerned department, pay the fines and adjust his/her legal status provided there are no legal obstacles or security restrictions. He added, the ministry doors are open to any violator who wants to change the status to stay legally in the country.

As for the proposals made by the ministry on the new visits and residence and the fees, Ma’arafi said they will be applied only after the approval of the Deputy Prime Minister and Interior Minister Sheikh Khalid Al-Jarrah and the National Assembly.

Ma’arafi reiterated the ministry proposes to charge about 30 dinars for visitors the duration of which will be one month with the possibility of extension. However, those who overstay their visit visa will have to pay KD one per day of overstay.

Ma’arafi added Al-Jarrah has approved the executive regulations of the Foreigners’ Residence Law and referred it to the Fatwa and Legislation Department to prepare the legal text before issuing a ministerial decree.

Proposed
He explained it is proposed to impose KD 300 fee for family visa other than the wife and siblings. He added, fees will be announced once approved by the Fatwa and Legislation Department. Ma’arafi said the regulations include several amendments in order to increase the number of visitors to the country. The amendments include granting multiple entry visit visas to businessmen to encourage the capital inflow and economic movement in the country, so that visitors can frequently visit the country at regular intervals according to the validity of the visa.

Ma’arafi pointed out the maximum validity of a visa granted to businessmen will be one year to enable businessmen to enter and exit the country multiple times. Ma’arafi added the amendments include granting entry visas to students from other countries who wish to complete their studies in private universities in Kuwait according to applied mechanism to encourage and attract students to give boost to national economy.

He added graduates of Kuwaiti universities have the right to work in the private sector because they have become familiar with the Kuwaiti society, its customs and traditions during their education period. He pointed out that entry visas shall be granted for patients wishing to receive treatment in private hospitals upon an agreed mechanism to allow them to enter according to agreement with the Ministry of Health.

He revealed the Interior Ministry is preparing a plan to track down and arrest violators of the residence law and deport them. He pointed out there are about 100,000 residence law violators and warned those who shelter or hide them.

Ma’arafi added the authorities will help any violator of the residence law if the person voluntarily wishes to adjust his/ her status, but if arrested it will mean inevitable deportation and blacklisted. It is noteworthy to mention the government of Kuwait had issued an amnesty way back in 2011 for violators of residence law to leave the country without paying fees. Those who want to pay the fines and legalize their status are welcome, he added. He also said, those who pay fines and legalize their status will not be referred to the investigation authorities.