<![endif]-->
Advanced Search
Ministry Of Electricity And Water Has Signed A Pair Of Contracts Worth KD 47 Million
Category: Kuwait 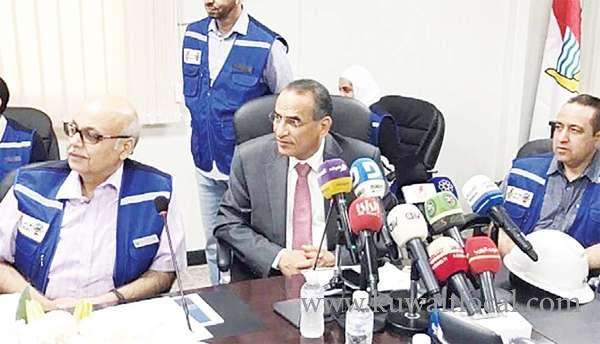 Kuwait’s Ministry of Electricity and Water has signed a pair of contracts worth KD 47 million ($ 141 million) dealing with upgrading fuel reception and control systems in the Doha West and Sabiya power plants.

The first deal, signed by Minister of Electricity and Water Bakheet Al-Rashidi, entails renovation work on fuel reception systems in the Doha West power station, at an individual cost of KD 41 million ($ 123 million), the ministry said in a statement.

The project, with a set timeframe of 30 months, also includes replacing dilapidated fuel pipelines, in addition to setting up early detection systems to prevent gas and hydronic radiant leaks that prove injurious to the pipelines, the statement added. Similarly, the second deal, which costs KD 6 million ($ 18 million), involves overhauling Fuel Gas Conditioning (FGS) systems in Sabiya power plant over a time period of 36 months, it noted.

Meanwhile, a seawater desalination project using reverse osmosis technology in Doha West power plant, worth KD 116.7 million ($ 384.7 million), has been 76 percent completed, Al-Rashidi, who also serves as Minister of Oil, revealed. He pointed out that the project continues to run on schedule and will be completed no later than Nov 29, enabling the plant to churn out 60 million gallons of water per day. The minister went on to put Kuwait’s current water production capacity at more than 620 million imperial gallons, foreboding “peak water demand” during the summer.

Further more, Kuwait’s Finance Minister Nayef Al-Hajraf said Tuesday it is significant to disseminate and spur self-employment and entrepreneurship in Arab societies. Speaking to reporters after chairing a meeting of the council tasked with overseeing a bank account allocated for financing small and medium- sized enterprises in Arab countries, the minister underscored that all types of backing and finance should be provided to Arab entrepreneurs.

The meeting is part of an annual joint gathering of Arab financial and monetary organizations, finance ministers and central banks’ governors, concluded in the Dead Sea today. A congenial investment environment is of paramount significance to the diversification of economic resources and the promotion of the private sector, he emphasized.

The bank account allocated for financing small and medium-sized enterprises in Arab countries, is an initiative that was launched by His Highness the Amir Sheikh Sabah Al-Ahmad Al-Jaber Al-Sabah in 2009 with the main goal of stimulating and bankrolling enterprises in Arab countries. Al-Hajraf represented the State of Kuwait in the meetings that were also attended by Governor of the Central Bank of Kuwait (CBK) Mohammad Al-Hashel. The meetings mainly focused on common programs, budgets and previous resolutions.