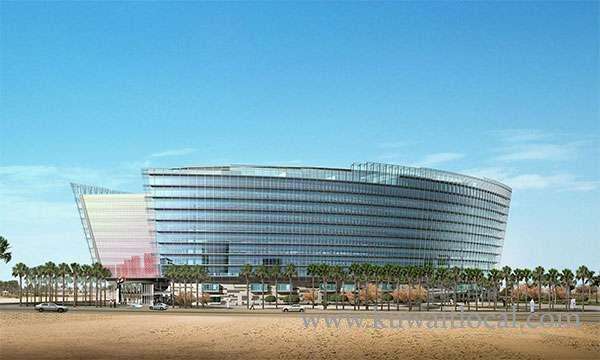 The Ministry of Education, represented by the Educational Installations and Planning Sector, has adopted the final report on the special education complex project; including the unique design philosophy for huge development projects, reports Alrai daily.

The ministry affirmed in a report forwarded to Kuwait Foundation for the Advancement of Sciences (KFAS) that the complex is a landmark in Kuwait and the Middle East due to the quality of services it offers to students with special needs as it will use the most advanced techniques, educational innovations and educational methods in the world.

The complex project will be implemented in three areas – Jahra, Hawally and Egaila – which will be equipped with the highest quality of equipment for this important category of students. In this context, an educational source explained the establishment of the complex in the above mentioned areas will not contradict the mainstreaming method adopted by the ministry in some public schools. Sources said some countries, which applied this method, faced many obstacles; adding that the ministry assigned a global consultations office specialized in mainstreaming project to study all aspects of the matter.

In other news, Minister of Education and Higher Education Dr Hamed Al-Azmi’s decision to form a committee tasked to monitor the National Union of Kuwaiti Students (NUKS) election in America on Friday has drawn mixed reactions, reports Alrai daily.

Those against the decision consider it an intervention in the affairs of NUKS. They expressed fear that the minister could be a tool in the hands of a specific list. MP Muhammad Al-Dallal argued the decision is a form of interference in the elections as it violates the regulations of NUKS and its overseas branches. He asserted the students should have resisted the interference of the government in their elections, considering they struggled to push for the independence of the union in the 1980s. On the other hand, those who support the decision said the aim of the committee is to ensure that proper procedures are followed