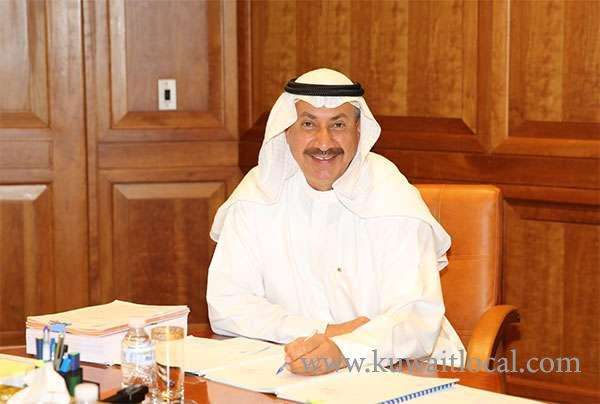 Minister of Public Works and State Minister for Municipality Affairs Husam Al- Roumi has promised to take all the necessary steps to develop public facilities and services throughout the country, starting with Fahaheel and Ali Sabah Al-Salem which is also known ‘Um Al-Haiman,’ says MP Hamoud Al-Khodair This came after the minister and other concerned officials, along with Al-Khodair, visited some of the undergoing projects.

During the visit, the minister confirmed the issuance of a directive to develop all public services and translate governmental promises into tangible progress. The MP and the minister discussed several issues concerning residents in Ali Sabah Al-Salem, especially the traffic congestion at the exit and entrance points of the area.

The minister affirmed that he personally follows up these issues while vowing to do whatever he can to maintain the roads and address the traffic problem. Talking about the oil and water pump in Mangaf, the minister disclosed that he already issued a directive to relocate the pump. He said the current priority is to repair all damaged roads in the area.

The minister and his accompanying delegation also visited Fahaheel Expressway roundabout to verify the complaints of some citizens. They found out that the slight tilt in the roundabout poses no danger and does not affect the flow of traffic while the drainage is fully functional and the ministry will continue monitoring it.

In another development, MP Khaleel Al-Saleh submitted a proposal to obligate those nominating themselves for cooperative society elections to undergo a training course on the fundamentals of managing a cooperative as well as the technical and financial aspects of this field.

He pointed out the Cooperative Sector is one of the most important financial sectors in the country considering it manages millions of Kuwaiti dinars; hence, the need for a highly qualified board of directors.

Taking into consideration the need to revitalize the sector in order to increase productivity, Al-Saleh also suggested that the Ministry of Social Affairs should improve the functionality of cooperatives in all aspects — technical, financial and managerial; indicating this is in addition to the supervisory role of the ministry.