<![endif]-->
Advanced Search
Minister Of Education And Higher Education Decision To Prevent Students Who Cheated In An Exam
Category: Kuwait 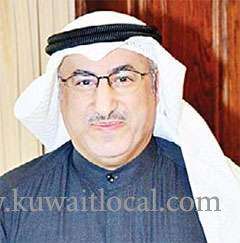 Minister of Education and Higher Education Dr Muhammad Al-Fares’ decision to prevent students who cheated in an exam from taking the remaining examinations and considering them failed with zero marks in all subjects has drawn mixed reactions in the educational sector and on social media, reports Al-Qabas daily.

Educational figures and academicians who support the decision pointed out this is aimed at correcting the educational track and combating cheating which has become widespread in the last few years. They explained this will force students to think twice before cheating, especially the excellent students who sometimes resort to cheating just to get higher marks.

They said the advanced countries take strict measures against students who cheat in exams, citing as an example the rule in Canada where a student who cheats is expelled from any school or university and they consider cheating a major crime that warrants harsh penalty.

Those who are against the decision argued that it is too severe, and some of them believe it will encourage the use of ‘wasta’ (influence) especially in private schools. They warned that teachers who serve as invigilators in exams might refrain from reporting cheating students for fear of the negative reactions of students and their families.

During the meeting, the minister listened to the comments of everyone, stressed the need to eliminate obstacles and ensure completion of preparations on time.

At the end of the meeting, the directors of educational districts submitted reports on current and expected problems to Al-Fares. In the meantime, international Law Professor at the Faculty of Law in Kuwait University Ali Al-Dousari disclosed that the phenomenon of buying researches from student service centers has spread to the extent that it affects the scientific level of students who are supposed to search for information and prepare their researches on their own, reports Al-Shahed daily.

He said a large number of editors write research papers on the students’ behalf at a low cost ranging from KD 10 to KD 15 per research. He pointed out this is a catastrophic issue as it ‘kills’ the academic abilities which are supposed to be a part of the qualifications of a graduate student. He hinted this might be part of intellectual theft, stressing this is a violation of the law. He added such an illegal act has devastating effects on the labor market due to the negative impact on educational outputs and it makes students lose their self-confidence.

He asserted the students who resort to buying ‘readymade researches’ face major difficulties when they take exams as they are asked to give precise and academic answers that they are not familiar with. He revealed that while he was studying in Germany, the teachers used to give students with the headlines only, without directing them to specific books. He said they used to go to libraries to search for books and they wrote their own researches. He added that as a teacher, he encountered many identical researches submitted by different students — an indication that the students bought the researches from the same source.