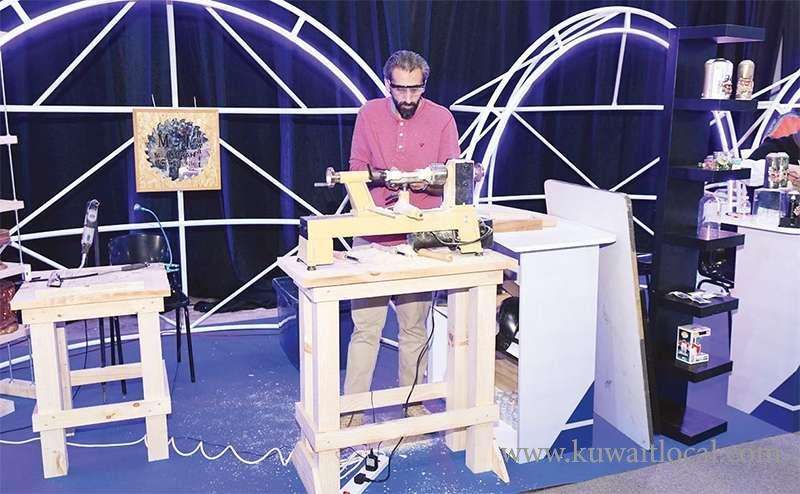 Kuwaiti made projects dealing with industry and technology take precedence over other endeavors in different fields, the country’s Minister of Commerce and Industry Khaled Al-Roudhan said on Tuesday. “We fully support industrial projects pursued by young Kuwaiti men and women,” the minister told the press on the sidelines of an international industrial expo entitled, “Maker Faire.”

Kuwait Investment Company (KIC), the organizer behind the event, said the purpose of the initiative is to allow local entrepreneurs the chance to put their projects on display, said Dr Yousef Al-Ali, the company’s chairman.

Such gatherings provide a learning experience for these young men and women as they seek to turn their ambitions into realities, he added, pointing out that the turnout for the event has been on an upward trajectory since its inception.

This year’s edition features some 179 projects from 12 Arab nations across the world, all of which will by vying for top honors as judged by a panel of experts, according to KIC CEO Bader Al-Subaie. On the expo, he said it allows entrepreneurs the opportunity to come together and share their ideas in a bid to propel the region’s technology and industry sectors.

Meanwhile, His Highness the Amir Sheikh Sabah Al-Ahmad Al-Jaber Al-Sabah on Tuesday sent a cable of congratulations to the new Chairman of Kuwait Chamber of Commerce and Industry (KCCI) Ali Mohammad Al-Ghanim.

In the cable, His Highness the Amir expressed his sincere congratulations to Al-Ghanim for having been selected honorary president of the Arab British Chamber (ABC) in appreciation for his great and continuous efforts to consolidate the economic and commercial relations between the Arab countries and the friendly United Kingdom. His Highness the Crown Prince Sheikh Nawaf Al-Ahmad Al-Jaber Al-Sabah and His Highness the Prime Minister Sheikh Sabah Al-Khaled Al-Hamad Al-Sabah sent him similar congratulatory cables.