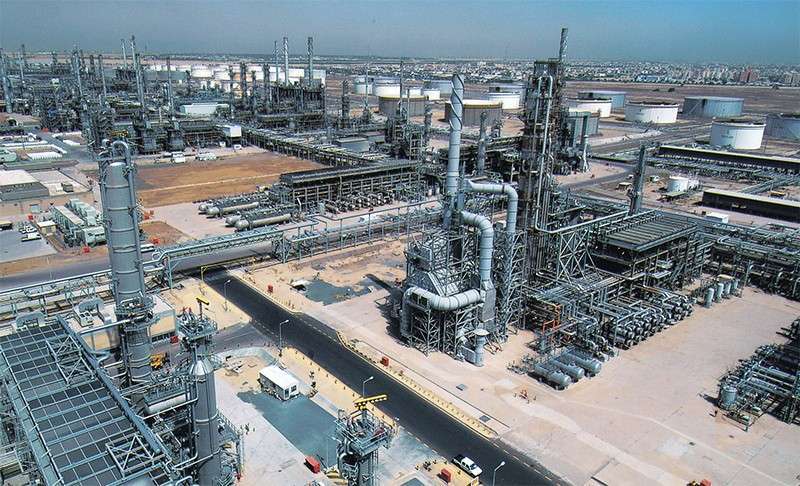 The National Petroleum Company said the crude oil distillation unit No. 111 at Mina Abdullah Refinery, which is the largest unit of its kind in Kuwait, with a refining capacity of 264 thousand barrels per day, has begun launch.

The Executive Vice-President for Projects at the National Petroleum Company, Abdullah Fahad Al-Ajmi, said the environmental fuel project’s estimated budget of 4.68 billion dinars, which is one of the largest approved budgets for development projects in the history of Kuwait, through the stages of project implementation over the past years which coincided with many challenges the company succeeded in overcoming. Speaking at a conference held by the company at the Mina Abdullah Refinery, yesterday he said the value of the project contracts is 3.69 billion dinars, and the share of the private sector in the environmental fuel project is currently about one billion dinars, and is expected to reach 1.3 billion dinars by the end of the project implementation soon, explaining that the volume of the local content of the project will reach 35.6% of the total contract value.

Al-Ajmi stated that the KNPC has succeeded in completing all project facilities within the approved budget, as the disbursement to this day has reached about 4.4 billion dinars, and what remains is more than enough to complete the rest of the project. On the date of receipt of the remaining units of the environmental fuel project, Al-Ajmi said that he expects the project to be finally received by mid-2021, as the company succeeded in receiving 105 units at Mina Al-Ahmadi refinery in February 2020, and the Mina Abdullah Refinery Package No. 1 has completed about 19 units of out of 29 units, confirming that 63 units within the second package of Mina Abdullah Refinery were received in August 2020.

Al-Ajmi explained that the environmental fuel project requires the mobilization of more than 100 thousand workers to complete the project, as well as careful coordination around the clock with a number of responsible authorities in the state, noting that the number of workers at peak times reached about 53 thousand workers of different nationalities, ethnicities and languages, which is what makes it difficult to deal with the huge number of such projects. For her part, Executive Vice-President of Mina Abdullah Refinery Wadha Ahmed Al-Khatib said that the new distillation unit at Mina Abdullah Refinery is the largest of its kind in Kuwait, with a refining capacity of 264 thousand barrels per day, which will increase the total refining capacity of Mina Abdullah refinery from 270 thousand barrels, to 454 thousand barrels per day, and thus it represents the main gateway for the environmental fuel project in the refinery, which in turn constitutes a major quantum leap for the oil refining industry in the country.