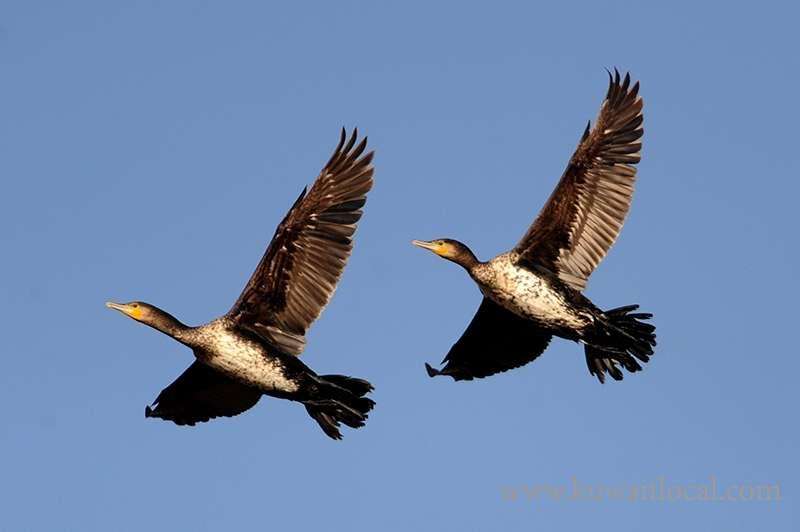 While migratory birds appear to have crossed the Kuwait airspace, which is the most important crossing point for these birds in the region, they have succeeded in reaching their habitats in the reserves and the Sulaibikhat beach safely, the land of peace, without the danger of being hunted, thanks to the application of environmental laws and control imposed by the Ministry of Interior and the Environment Public Authority to reduce the number of hunters, reports Al- Rai daily.

The flocks of birds are seen flying freely over the coast of Sulaibikhat in trendy formations which brings comfort and solace to the hearts of bird watchers as they silhouette the rays of the during dusk, while on their way to lay and hatch eggs.

Environmentalist Rashid Al-Hajji said migratory birds, with their long journeys, face difficulties in not being able to deduce the road and confusing lights, while many young birds are at greater risk because they do not have experience in migration, but the birds generally migrate successfully every year.

Birds are rewarded for all these risks, with the availability of food resources in the way of migration, where foliage, and the abundance of insects, especially larvae, which enhances the ability to mate and breed young and fattening in the north before returning to the south.

Al-Hajji explained that migration begins from the northern regions of Siberia, Russia, Turkey and Iraq, passing south to Arabia, Bab al-Mandeeb and Central and East Africa, while the spring trip is the opposite, returning to breeding areas, including the flamingo, which lasts about two months.

This is in addition to the water birds, and some types of ducks that remain throughout the winter, noting that Kuwait is an important crossing path for migratory birds across the Arabian Gulf. He added, “This year, after heavy rains and increasing greenery the bird watchers have spotted three new bird species for the first time in Kuwait, bringing the number of birds hatched in Kuwait to 93 species, bypassing the earlier count of 90.”