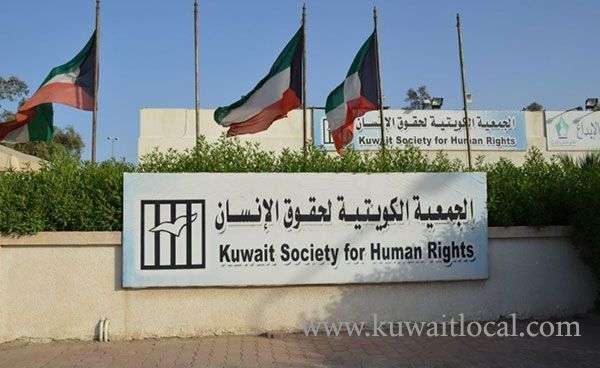 In response to criticisms heaped on the Executive and Legislative authorities by the Kuwait Human Rights Society (KHRS), there has been widespread indignation in both authorities, reports Al-Rai daily.

Minister of Social Affairs and Labor, Minister of State for Economic Affairs Hind Al-Sabeeh said no expatriates have been deported from the country unlawfully.

MP Khalil Al-Saleh said the dignity of expatriates is safeguarded in Kuwait. He said he is surprised that ‘some’ people claim the dignity of an expatriate worker is put on line just because we want to address the imbalance in the demographic structure and call for Kuwaitization of jobs.

Al-Saleh affirmed Kuwait has the right to seek ways and means to eliminate unemployment and provide jobs for Kuwaitis. He pointed out that the call to reduce the number of expatriates does not mean doing harm to their dignity.

MP Dr Waleed Al-Tabtabaei said honest expatriates are partners in the homeland, whether they are doctors, teachers or others, and “we cannot dispense with them or their roles.” He added, the MPs do not talk about the expatriates in general but about the advisers who are paid huge salaries when there are efficient Kuwaitis who can do the job and deserve to be appointed.

Regarding the decision of the Minister of Health to raise the fees for treatment of expatriates, Al- Tabtabaei said it would be much better to increase health insurance by 50 or 100 dinars more. This happened when Khalid Al-Humaidi, Chairman of KHRS called for measures to be taken against those who ‘spread hatred’ through their speeches in light of the increasing wave of fear or hatred of foreigners (xenophobia) both at official and unofficial levels. He went on to say, migrant workers suffer from racist government decisions and statements issued by lawmakers concerning Kuwait’s demographic structure.

Hatred
Al-Humaidi said these remarks and measures violate international charters. For example, he said, treating only Kuwaitis at the Jaber Hospital, increasing health fees for the expatriates, introducing new conditions for dependent visas are crystal clear evidences of violation to human rights. He rejected the notion that foreigners are draining up the resources of the country or ‘stealing’ job opportunities from Kuwaitis.

Al-Humaidi added there is a wave of anti-expatriate campaign at both the political and social levels to such an extent the ministers of oil and social affairs have come under fire in Parliament for hiring expatriates in the public and petroleum sectors at a time when more than 14,800 Kuwaitis are looking for jobs according to official statistics released as of April 20, 2017.

Though Kuwaitis make up for about 73 percent in the public sector, in the private sector it is a modest 4.5 percent. This heavy reliance on cheap foreign manpower is often blamed for Kuwait’s imbalance in the state’s demographic structure and this has helped as 70 percent of Kuwait’s workforce is foreigners.

Over the years, the government has failed to introduce an effective manner to train national labor. When the salaries are compared between the expatriates and the Kuwaitis in the private, the disparity is huge.

On an average a Kuwaiti earns KD 1,402 while a foreigner is paid KD 269 a month. So it is crystal clear why private companies rely heavily on foreign workers. However, the national workforce in the public sector is expected to increase after a recent Civil Service Commission decision to ‘Kuwaitize’ jobs in state departments by 85 to 100 percent within five years. Most criticisms on the increase in foreign workers is based on the idea that Kuwait is flooded by ‘unproductive workers.’ However, Humaidi does not agree with this notion and believes that all foreigners living in Kuwait should be treated equally.

Descrimination
“Immigrant workers should not be handled according to interest. As long as there is discrimination against migrants workers we might as well call for deporting all workers without discrimination,” Humaidi said ironically. “This could be the best way to protect Kuwait’s reputation which is often labeled as a country that mistreats its immigrant community,” he said.

Speaking of administrative deportation, he said, it is another form of human rights violations the expatriates in Kuwait are subjected to in violation of international law, Humaidi opined. “Some workers were deported just because they protested nonpayment of their salaries for three months by companies which had a contract with the State departments,” he added. Around 13,000 expatriates were deported during the fi rst half of 2017, according to Society statistics which roughly works to an average of 86 persons a day.