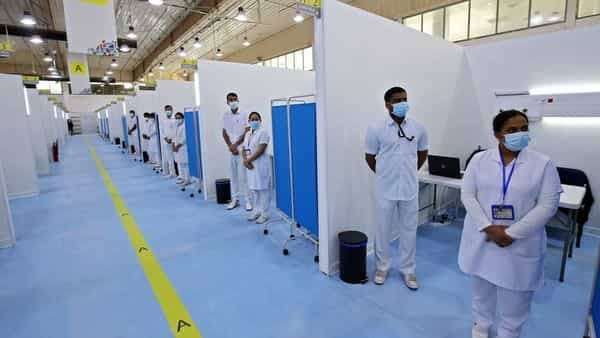 Since the start of the current viral disease season, there has been an increase in respiratory symptoms, according to the Ministry of Health.

The health sources told a local Arabic daily hundreds of people visit the hospital daily, infected with the H1N1 virus previously known as swine flu, which has become widespread in the country especially after the return of students to schools.

The sources said most cases of visits to primary health care centers and emergency departments in hospitals show that they suffer from the same symptoms, such as high fever, sneezing, coughing and shortness of breath, stressing the need to take vaccinations against viral diseases and seasonal influenza.

The sources added that the medical and nursing staff in health centers and public hospitals has received instructions from ministry officials to continue to wear the face mask during work, after noticing an increase in seasonal flu infections during the past two weeks, in order to protect the working medical staff and limit the spread of viruses.

The sources called on the segments of society to be careful and beware of seasonal influenza, especially the elderly, children and people with chronic diseases, and those who suffer from genetic diseases or respiratory problems, noting that infection with H1N1 may cause serious complications later, and for limited cases.

In a related context, Ghanim Al-Salem, a consultant in internal diseases, gastroenterology and endoscopy, confirmed that the registration H1N1 virus recently have been significant.

Al-Salem told the daily that “despite the spread of the H1N1 virus in the country, the cases that require admission to hospital wards are very limited, and the presence of hundreds of patients infected with the virus daily does not mean its seriousness.”

He said that the laboratory examination is the only guaranteed way to ascertain the type of influenza what the patient suffers from and in this regard he pointed to the following requirements:

- Quick diagnosis of whether it is a common cold or otherwise

- Checking the status of infection and dengue fever

- Keeping the room temperature constant and the environment clean